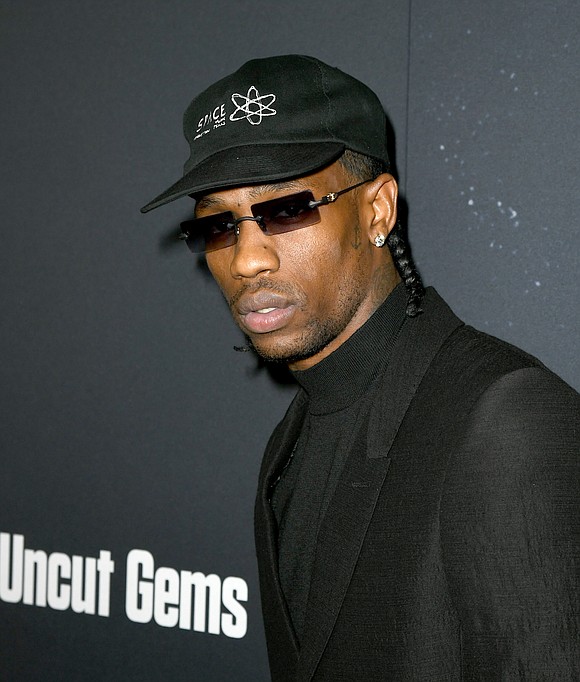 Travis Scott arrives at the premiere of A24's "Uncut Gems" at The Dome at Arclight Hollywood on December 11, 2019 in Hollywood, California./Credit: Kevin Winter/Getty Images

The "Astroworld" rapper teamed with McDonald's this month for the $6 "Travis Scott meal," which bundles Scott's go-to McDonald's order -- a Quarter Pounder with cheese, medium fries with BBQ sauce and a Sprite with extra ice.

To celebrate the success of the pairing, naturally, there is merchandise, and lots of it. 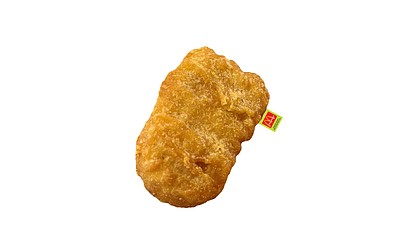 Don't bite into this. Seriously. It's not even chicken; just a pillow made to look like it./Credit: From Travis Scott

Head to Scott's site and you'll find no fewer than 24 graphic t-shirts with McDonald's clip art straight out of the early 2000s, including a shirt that honors the $1 McDonald's apple pie -- Scott's "always had a thing for sweets."

(A note for the uninitiated -- you'll see the words "Cactus Jack" all over the site. That's the name of Scott's record label and his nickname; his legal name is Jacques Webster.)

For the more subtle McFan, there's $300 dark-wash denim with the Golden Arches embroidered on the left back pocket. Scott didn't skimp on home decor either: Find a $250 menu rug with the rapper's McDonald's order, a 10-pack of Cactus Jack McDonald's Styrofoam cups, or an upsettingly realistic chicken nugget body pillow that'll run you $90.

Scott's social media presence is relatively muted, but he recently tweeted a photo of himself serving a McDonald's meal (in a mask and dazzling silver chain) to celebrate the collaboration. In a statement through McDonald's, Scott said he "couldn't be more excited" to bring together "two iconic worlds" -- his own, and that of the Big Mac.

The partnership with Scott may give McDonald's a much-needed boost, which saw total sales tank 30% compared to a year ago, according to its second quarter earnings report released in July. McDonald's CEO Chris Kempczinski chalked up the dismal report to the pandemic.

The "Travis Scott meal" promotion started on Tuesday and ends October 4. The limited-edition merchandise -- including that uncanny chicken nugget pillow -- will likely sell out earlier than that.