Alley Theatre kicks off its season with the return of the beloved Summer Chills series. 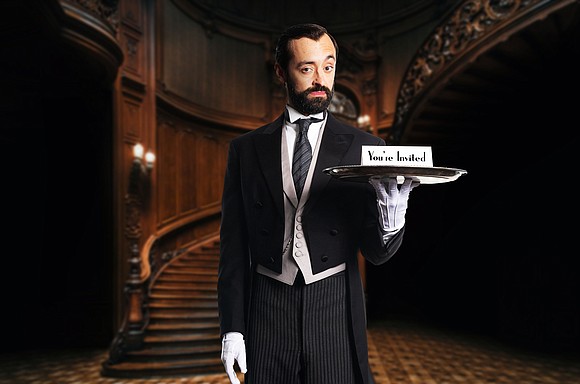 The Tony Award®-winning Alley Theatre announces the cast and creative team of its 76th season kick-off production – Clue, with screenplay by Jonathan Lynn, written by Sandy Rustin with additional material by Hunter Foster and Eric Price. Clue is based on the Paramount Pictures Motion Picture and the Hasbro board game. This production runs July 22 – August 28, 2022 in the Hubbard Theatre and is directed by Alley’s Associate Producer & Casting Director Brandon Weinbrenner.

It’s a dark and stormy night, and you’ve been invited to a dinner party. Murder and blackmail are on the menu when six guests assemble at Boddy Manor for a night they’ll never forget… if they make it out alive. Was it Mrs. Peacock in the study with the knife? Or Colonel Mustard in the library with the wrench? Based on the cult movie and the classic board game, Clue is the ultimate whodunit that will leave you dying of laughter and keep you guessing until the final twist.

"It is hard to believe the last Summer Chills at the Alley was Murder on the Orient Express in the summer of 2019! It was my first show, and it was so exciting to see the Hubbard full of Houstonians who love this tradition,” shares Alley Artistic Director Rob Melrose. “Growing up, my favorite board game to play with my family was CLUE. Then I saw the movie in the theatres when it first came out with a bunch of my friends. When it was in the movie theatre, you only got to experience one of the three possible endings, whereas in our production, you get to see all three!

“Growing up in the 80s, CLUE was a mainstay of my most frequented VHS viewing collection,” shares director Brandon Weinbrenner. “This production promises to lift up the very best comedic work the Alley’s Resident Acting Company and Houston acting community collaborators have to offer. A whodunnit is afoot at Boddy Manor and it’s up to Plum, Peacock, Mustard, Scarlet, Green, White, and our Summer Chills audience to solve the mystery. Summer Chills is back!”

d digital tickets will be available for purchase.

TICKETS: Tickets to Clue are now on sale and start at $28. Discounted tickets are available for military, seniors, and any student or educator, regardless of age, with a valid student ID for designated performances. Tickets can be ordered online (alleytheatre.org) or by phone (713.220.5700).