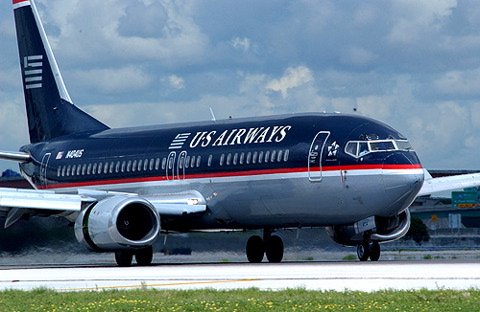 (CNN) -- Not giving up a seat on an overbooked flight led to an upsetting scene on a United Airlines flight on Sunday night.

Several passengers on United flight 3411 from Chicago O'Hare International Airport to Louisville, Kentucky, captured video as a man was dragged off the plane by authorities after he apparently refused to leave.

Audra Bridges posted a 31-second clip of the incident on Facebook, which showed three men in black shirts and black baseball caps yanking a middle-aged man out of a seat. The men dragged him down the aisle, while someone screaming could be heard in the background.

Everyone was shocked and appalled," Bridges told the Courier-Journal. "There were several children on the flight as well that were very upset."

United CEO Oscar Munoz responded to the incident on Twitter on Monday afternoon.

"This is an upsetting event to all of us here at United. I apologize for having to re-accommodate these customers," Munoz said.

"Our team is moving with a sense of urgency to work with the authorities and conduct our own detailed review of what happened. We are also reaching out to this passenger to talk directly t him and further address and resolve this situation."

The incident occurred after United asked passengers to give up their seats voluntarily for compensation. Nobody took the airline up on the offer, airline spokesman Charlie Hobart told CNN.

United then used a system to determine which passengers would leave the flight.

"The system in place enables us to take a look at how long a customer will need to stay at an airport, for example," Hobart said. "We also keep unaccompanied minors, we try to keep families together, we take a lot of factors into consideration."

United employees explained the situation to the man several times, but he still refused, Hobart said. Authorities came in and forcibly removed him from the plane.

Some people took to Twitter to criticize how United handled the situation, while others weren't sure of what to do.