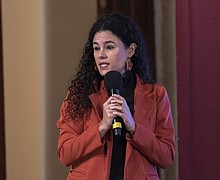 Mexico's minimum wage will increase by 20% from 2023, the government announced on Thursday after it reached a deal with the labor and business sector. 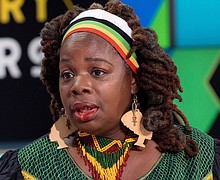 An honorary member of Buckingham Palace has resigned and apologized after a Black charity founder said she was questioned about whether she was really British at a royal reception on Tuesday. 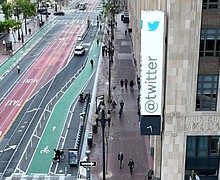 Twitter employees who are relying on the company for work visas have been left in limbo, finding themselves at the whims of its new billionaire owner, knowing if they quit, they may have to leave the United States. 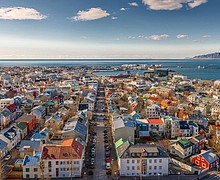 Although Iceland may look like a lonely island in the middle of the North Atlantic Ocean, do not let the size fool you. In fact, the only small thing about the island may be the population of humans at approximately ... 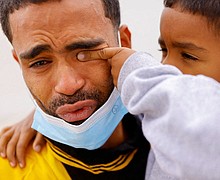 This powerful photo shows what's happening now at the border

It's a striking image that reveals one family's struggle and a major change at the US-Mexico border. 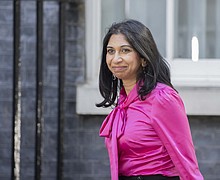 Liz Truss's ill-fated tenure as British Prime Minister was engulfed in yet more chaos on Wednesday when her Home Secretary resigned seven weeks into her role, and as claims emerged of pandemonium and "bullying" during a vote the same day. 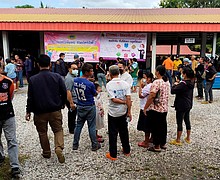 Thailand recoiled in horror Thursday after at least 36 people were killed, at least 24 of them children, in a massacre at a child care center in northeastern Thailand that is believed to be the country's deadliest incident of its ... 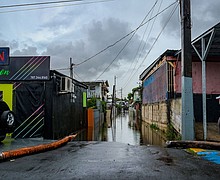 Hurricane Fiona left 1 million without running water in Dominican Republic and much of Puerto Rico without power. Now it's slamming the Turks and Caicos

Hurricane Fiona is threatening more deadly flooding as it slams the Turks and Caicos islands Tuesday, having devastated Puerto Rico -- cutting power and water service for most of its 3.1 million residents -- and leaving more than 1 million ... 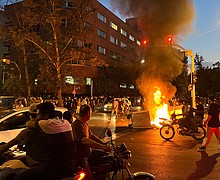 Five people have been killed by Iranian security forces during protests that were sparked by the death of Mahsa Amini, who was being held in police custody, according to a human rights monitor. 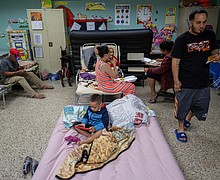 'It's unbelievable': 1,000 rescued as Hurricane Fiona cripples Puerto Rico with flooding and power outages and slams the Dominican Republic

Rescuers are scrambling to save flooding victims in Puerto Rico after Hurricane Fiona wiped out power to most of the island before crashing into the Dominican Republic. 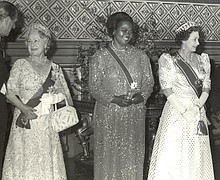 As the days passed after the Queen’s death there appeared to be a general consensus that respect, historic analysis and ceremony can go hand and hand. Several of the Black royal watchers in journalism, such as Zain Asher, blended commentary ... 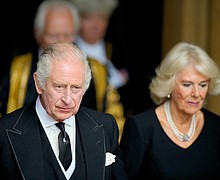 King Charles III and his wife Camilla, the Queen Consort, visited Northern Ireland on Tuesday, as thousands of people filed past the Queen's coffin lying in state in Edinburgh. 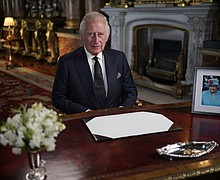 King Charles III vows to serve 'with loyalty, respect, and love' in first address as monarch

On the first full day of his reign, King Charles III demonstrated his seriousness in dedicating the rest of his life to public service. 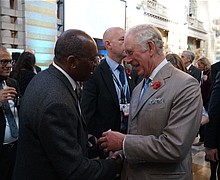 Statement from Mayor Sylvester Turner on the passing of Queen Elizabeth II. 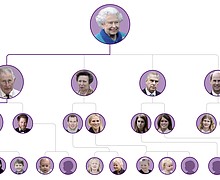 Who's who in the House of Windsor: Queen Elizabeth II's line of succession

Britain's Queen Elizabeth II has died at Balmoral Castle in Scotland, Buckingham Palace said on Thursday. She was 96.