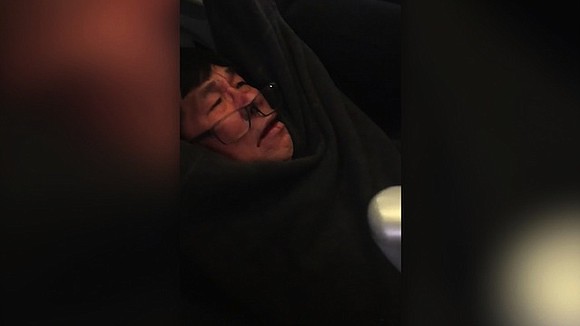 (CNN) -- The passenger forcefully removed from a United Airlines flight this week has a concussion and broken nose, his attorney told reporters Thursday, adding that the 69-year-old physician will file a lawsuit.

Already, attorneys have filed a chancery motion asking that all evidence in the case be preserved. David Dao's attorney, Thomas Demetrio, would not provide a timeline for filing the lawsuit other than to say he had two years to do so, and "I promise you it won't be that long."

"If you're going to eject a passenger, under no circumstances can it be done with unreasonable force or violence. That's the law," he said. "For a long time, airlines -- United, in particular -- have bullied us. ... We want respect and we want dignity. That's it. Not a big deal."

The lawsuit will be filed in Cook County Circuit Court in Illinois, the lawyer said, indicating it would target both the airline and the city of Chicago, whose Department of Aviation was involved in removing Dao from the plane.

Dao suffered "a significant concussion as a result of disembarking that plane," Demetrio said at a news conference in Chicago.

He also lost two front teeth, has a broken nose and incurred injuries to his sinuses, and will be "undergoing reconstructive surgery in that regard," Demetrio said.

The attorney further said that Dao had conveyed to him that "being dragged down the aisle was more horrifying and harrowing than what he experienced in Vietnam" when he was on a boat after the 1975 fall of Saigon.

Dao "has no interest in ever seeing an airplane again" and will likely take a car home to Kentucky, the attorney said, adding that his client has "absolutely zippo" memory of the incident.

Dao's daughter, Crystal Dao Pepper, also appeared at the news conference. She said her parents were returning home from vacation and making a connection in Chicago out of California. She described her dad as a "wonderful father" and "loving grandfather."

"My dad is healing right now, and that's all I have to say," she said.

'It wasn't even a matter of overbooking'

As millions saw via traditional and social media, Dao was aboard a Louisville, Kentucky-bound flight out of Chicago on Sunday night when Chicago aviation security officers forcefully pulled him from his seat and dragged him down the aisle of United Airlines Flight 3411.

His fellow passengers looked on, many of them filming the situation. United would say later it had to remove Dao to make room for four of its own employees, who needed to get to Louisville.

Demetrio seemed to take issue with the assertion the flight was overbooked.

"It wasn't even a matter of overbooking. It was a matter of at the last moment, four employes had to get to Louisville so they could get to work the next day," he said. "We take money from people, we let them sit on the airplane, seat belted. Are we really going to start taking them off then?