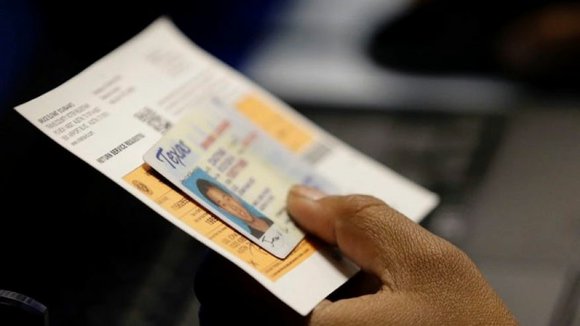 Texas legislators intentionally discriminated against Hispanic and black voters in passing its 2011 voter identification law, a federal judge ruled. In a 10-page decision issued Monday, U.S. District Judge Nelva Gonzales Ramos wrote that a previous ruling compelled Texas to demonstrate the law was enacted without knowingly targeting minorities, and that the burden of proof "shifted to the State to demonstrate that the law would have been enacted without its discriminatory purpose. The State has not met its burden." In 2011 a federal appeals court ruled that Texas' voter identification law is discriminatory and violates the U.S. Voting Rights Act of 1965. The three-judge panel ruled that Texas' voter identification requirements disproportionately discriminate against blacks and Hispanics by making it more difficult for them to vote. The 1965 law declares illegal any provision that suppresses minorities' voting rights.