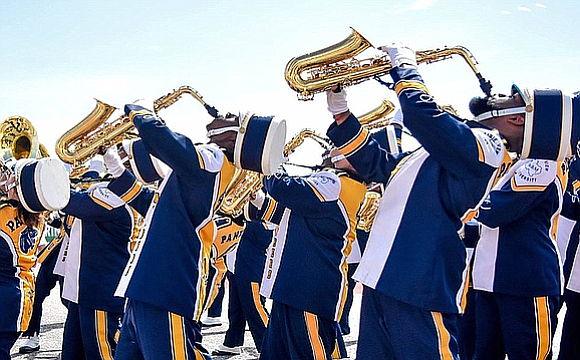 The Marching Storm spent the past 18 months planning for their parade appearance with rehearsals and fundraising events. Band director Dr. Timmey Zachery said in an interview that the band had to raise $600,000 for the nearly 300 band members to cover travel and lodging for the trip.

“When we found out we were selected, our reaction went from ‘oh my goodness’ to ‘we have a lot of money to raise,’” he said. “We are going to be able to provide the students with a once in a lifetime experience.”

Zachery said that students, alumni and the PVAMU all pitched in to raise the money. The band received donations from corporate sponsors, paid performances and donations. Over the summer, band members even worked at a fireworks stand during the Fourth of July.

“My hope is that we bring a sense of pride that comes with the HBCU,” he said. “We are going to bring excitement, pop music and entertainment. There are really great bands in the parade.”

Like the other bands in the parade, the PVAMU Marching Storm will perform for the national audience during a one minute and 15-second performance in front of Macy’s flagship store on 34th Street. Zachery said the band will perform hit tunes from Bruno Mars, James Brown and Earth, Wind & Fire.

The trip is taking on special meaning for several students in the band who lost so much during Hurricane Harvey, which devastated Houston. PVAMU is only approximately 20 miles away from the disaster area that is still in need of repair. Zachery said coming to the parade will be a positive experience.

“Some students lost everything, from their homes to their cars,” Zachery said. “The experience was emotionally draining for them.”