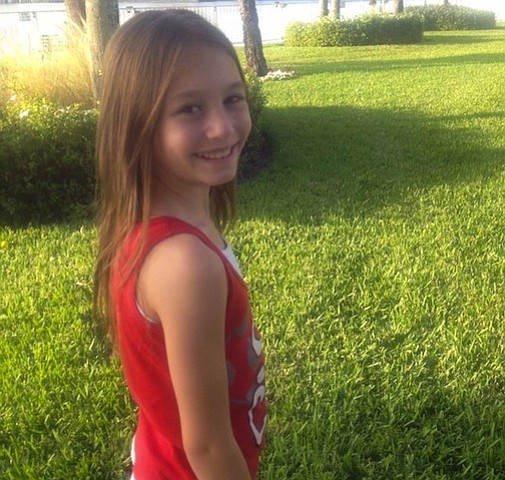 Cara Pressman was 9 when her seizures started. She's had them in the classroom, on the soccer field, during softball games, on stage during plays./Pressman Family

(CNN) -- Cara Pressman sobbed in the big red chair in her living room. The 15-year-old tried to absorb the devastating news relayed by her parents: that their insurance company, Aetna, denied her for a minimally invasive brain surgery that could end the seizures that have haunted her since she was 9 years old.

"When my parents told me, I went kind of blank and started crying," she said. "I cried for like an hour."

Her friends had been lined up to visit her in the hospital for the surgery three days away, on Monday, October 23. Between tears, she texted them that the whole thing was off.

It was supposed to be a joyous weekend. Cara's grandparents had come to town to celebrate their 90th birthdays, a jubilant party with more than 100 family and friends crowding her home. The party did go on -- just with a lot more stress.

Cara had multiple complex partial seizures that weekend. When the seizures strike, her body gets cold and shakes, and she zones out for anywhere from 20 seconds to two minutes, typically still aware of her surroundings. Her seizures can be triggered by stress, by being happy, by exerting herself -- almost anything. "It's like having a nightmare but while you're awake," she said.

In the six weeks since the denial, Cara has had more than two dozen seizures affecting her everyday life. Her message to Aetna is blunt: "Considering they're denying me getting surgery and stopping this thing that's wrong with my brain, I would probably just say, 'Screw you.' ''

Aetna: We're looking out for what's best for patients

The Pressman family and, separately, Jennifer Rittereiser, a 44-year-old mom who has struggled with seizures since she was 10, approached CNN in recent weeks after they were both denied, by Aetna, for laser ablation surgery, a minimally invasive procedure in which a thin laser is used to heat and destroy lesions in the brain where the seizures are originating. Aetna is the third-largest health insurance provider in the country, providing medical coverage to 23.1 million people.

Neurologists consider laser ablation, which is performed through a small hole in the skull, to be safer and more precise than traditional brain surgery, where the top portion of the skull is removed in order for doctors to operate. The procedure is less daunting for the patient and parents who make decisions for their children: No one likes the idea of a skull opened and a chunk of brain removed.

In denying Cara her surgery, Aetna said it considers laser ablation surgery "experimental and investigational for the treatment of epilepsy because the effectiveness of this approach has not been established."

"Clinical studies have not proven that this procedures effective for treatment of the member's condition," Aetna wrote in its rejection letter.

The insurance company did approve her for the more invasive and more expensive open brain surgery, called a temporal lobectomy, even though her medical team never sought approval for the procedure.