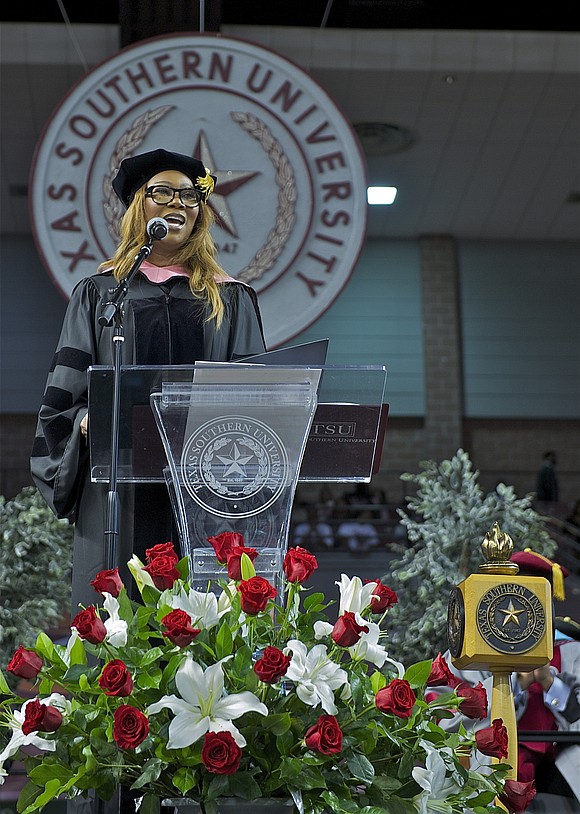 Texas Southern University held its 2017 Winter Commencement ceremony on December 16, conferring degrees to the University’s August and December 2017 graduates. Family and friends of the graduating class filled the University’s H&PE Arena to watch their loved ones receive bachelor’s, master’s and doctoral degrees. 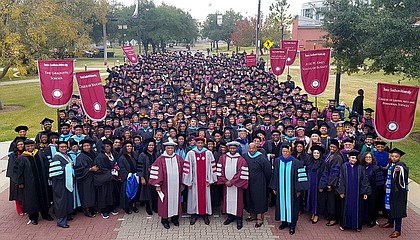 TSU alumna and Grammy Award-winning Gospel singer Yolanda Adams delivered the commencement address. Adams, who graduated from Texas Southern in 1984 with a bachelor’s degree in Journalism, lauded the graduates on their ability to finish a journey that many people set out to do but are unable to complete.

“Today is the first day of the rest of your life of finishing things that you started,” Adams said. ““When times get tough, when friends leave, when loved ones pass on, when you don’t get the job you want, when you are forced to make sacrifices, I want you to repeat this phrase to yourself ‘I am a finisher!’ It doesn’t matter what obstacles come or how hard it gets you will finish because the race is not given to the swift, nor to the strong but to the one who finishes.”

Yolanda Adams is a Gospel luminary, winning numerous Grammy, Dove and Stellar awards. Her distinctive voice crafted a canon of Gospel hits, including The Battle is the Lord’s, Be Blessed, Open My Heart, Through the Storm, This Too Shall Pass, among others. Adams was an elementary school teacher in the Houston Independent School District (HISD) before launching her music career.