A Race Against the Weather to Avoid Disaster at California Dam 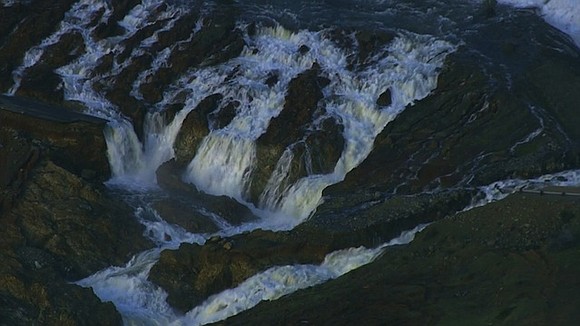 Damage to a spillway on California's Oroville Dam prompted an urgent call for residents downstream to evacuate to higher ground Sunday.

OROVILLE, California (CNN) -- There's no word yet when the 188,000 people who evacuated their homes near Northern California's Oroville Dam can return.

Authorities are scrambling to reduce Lake Oroville's level by 50 feet and repair damages to a critical flood control measure ahead of a storm expected later this week.

Residents were ordered to leave the area Sunday after massive damage to an emergency spillway -- which lets excess water out when Lake Oroville's level rises to overflow the dam. If the spillway fails, it could flood communities downstream with what one official warned could be a "30-foot wall of water."

"I recognize this has displaced a lot of people, and I recognize the hardships it's created on our communities," said Butte County Sheriff Kory Honea of the mandatory evacuations. "We did this because our primary purpose is to ensure public safety."

He said officials were working on a "repopulation plan" to get people back home safely.

Meanwhile, crews are trying to fix the erosion on the emergency spillway with rocks and gravel. Helicopters dropped bags of rocks into the gouged portion in an effort to plug the hole.

Sleeping in cars, riding out the evacuation

As repairs are underway, evacuees have gone to shelters, pitched tents in parking lots and found makeshift arrangements for what could stretch for days.

Pat and Keith Dailey, a couple from Yuba City, slept in their car with their four dogs at the Colusa County Fairgrounds.

"It was miserable," Pat Dailey told CNN affiliate KGO. "We didn't sleep. There was people walking and people talking all night long."

But they're staying put.

"We're kind of on the safe side," said her husband, Keith. "We won't go back, until they tell us it's safe."

California Governor Jerry Brown sought to assure residents during a press conference Monday: "We're doing everything we can to get this dam in shape so [evacuees] can return and live safely without fear."

He said he had requested federal response aid.

As of Monday night, officials sounded a note of cautious optimism about containing the threat of flooding.

The Oroville Dam, the tallest dam in the United States, provides flood control for the region. The dam itself has no structural issues. But the two spillways that release water from the lake to prevent overflow, have structural problems.

The main spillway, which is lined, or paved, has a hole almost the size of a football field and at least 40 feet deep to form in the lower part of the channel. It can't be fixed immediately and needs to be used through March, which marks the end of what's been a very heavy rainy season.