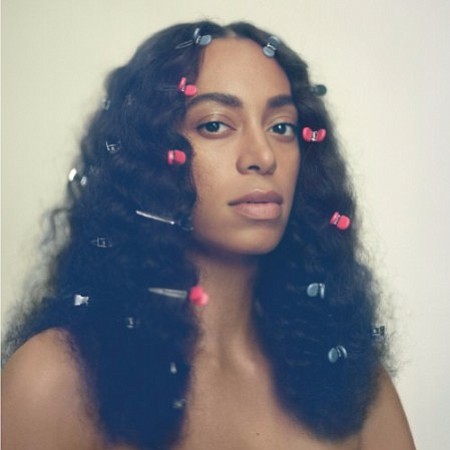 Beyonce’s little sis, Solange, herself a Grammy winner Sunday night for her song “Cranes In The Sky” from A Seat At the Table, has weighed in on her sister’s Grammy snub. She says that it’s not just about Beyoncè, but about the continuous oversight of Black Grammy artists in the four major categories, including Album Of The Year. Even Adele, who did win for her album 25, didn’t think she should have won.

There have only been two black winners in the last 20 years for album of the year,” [Solange] tweeted Monday afternoon. “There have been over 200 black artist who have performed.”Shortly after, she offered her social media followers a call to action, tweeting: “Create your own committees, build your own institutions, give your friends awards, award yourself, and be the gold you wanna hold my g’s.”

The posts aren’t the first time Solange — who won the best R&B performance Grammy for “Cranes in the Sky” — has appeared to weigh in on her sister’s snub. After the show, she tweeted “wuddup frank,” sharing a link to Grammy boycotter Frank Ocean‘s open letter to the show’s producers saying the annual awards suffer “cultural bias and general nerve damage.”

Solange later deleted all three of these posts on Monday evening, but she isn’t the only star to speak out against Adele’s win.

Other media outlets weighed in as well. Essence published this take, which said that Adele’s gracious nod to Beyoncè in her own acceptance speech reeked of white privilege. USA Today also co-signed a win for B, saying that Grammy voters simply made their choice based on Adele’s stronger sales for 25. And Time Magazine said her loss was indicative overall of the Grammy’s “problem” with validating Black artists instead of just exploiting them for ratings.

Another Time columnist said that the divas battle was a microcosm of racial problems overall, including the election of President Donald Trump.

Was Beyoncè robbed? Was Adele self-serving? Tell us what you think!