GOP Returns to Daunting Task of Dismantling Obamacare, Selling Its Plan to Trump 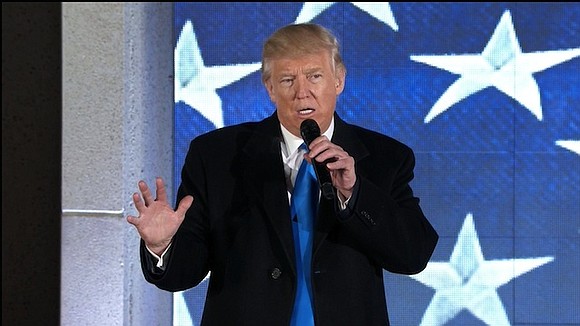 (CNN) -- Republicans return to Washington on Monday to what is becoming an increasingly daunting undertaking: Dismantling Obamacare.

When Congress went home last week, many lawmakers confronted an unpleasant reality. At town halls spanning the country, angry constituents criticized GOP congressmen and senators for their allegiance to President Donald Trump and demanded to know how they intend to overhaul the Affordable Care Act -- and what will happen to the 20 million people insured under the law.

It's a question that Republicans can't afford to waste much more time answering.

One of the most pressing agenda items for GOP leaders: Getting the President's full backing.

When Speaker Paul Ryan and Senate Majority Leader Mitch McConnell meet with Trump Monday afternoon in the Oval Office, the duo plans to urge the President to embrace the House GOP plan publicly in his joint congressional address Tuesday night.

"This is a critical moment for him to get behind this," a senior Republican congressional aide told CNN.

The House GOP leadership team is growing increasingly concerned by the President's unwillingness to embrace -- or many believe, fully understand -- the congressional approach to health care. House leaders believe if Trump doesn't better articulate his support for their plan, "it is in trouble," another GOP Hill aide said.

And selling the proposal will be a tough task, especially if people stand to lose coverage.

According to a draft of the bill obtained by CNN on Friday, Republicans plan to replace Obamacare's subsidies with less generous tax credits, hike the amount that insurers can charge older Americans and effectively eliminate Medicaid for low-income adults.

This package would leave many of those who gained coverage under Obamacare without coverage -- a direct contradiction to Trump's promise to provide "insurance for everybody."

Trump is also likely to address the health care law in his first prime time address to Congress on Tuesday night. As with any public remarks from the President, it has the potential to catch Republican lawmakers off guard and include unexpected promises or policy ideas that deviate from party line thinking.

House GOP lawmakers are preparing to introduce their bill to repeal major portions of Obamacare, with a committee markup expected the week of March 6, leadership sources told CNN.

Republicans are still planning to include "replacement" measures in the repeal bill that involve the expansion of Health Savings Accounts, significant changes to Medicaid and tax credits, sources said.

The strategy allows the GOP to move simultaneously on repealing and replacing some parts of the healthcare law and attempt to quell widespread opposition to rolling back Obamacare without any clarity on an alternative.

Top policy aides last week continued drafting legislative language while consulting with the Congressional Budget Office on how much elements of the bill would cost and how many people would be insured, according to sources. The price tag of the Obamacare repeal legislation and the impact on coverage will be critical to whether party leaders can sell the proposal to rank-and-file members across the board.

They are aiming to save $2 billion. Leaders are using a similar framework as a 2016 measure that directed two House committees crafting the bill to find a $1 billion each in savings from the current law -- a key promise that conservatives are sticking to.

Selling the changes will be difficult, especially as Republicans make promises the health care system will improve.

Speaking at the Conservative Political Action Conference last week, Trump argued that Obamacare "covers very few people" and took coverage away from "millions of people" who were happy with their previous plans.

Meanwhile, efforts to weaken Medicaid are already facing deep resistance from governors, including some Republicans who hail from states that expanded the program. Ohio Gov. John Kasich, for example, is publicly lobbying the Trump administration to preserve Medicaid expansion under Obamacare.

According to the draft GOP repeal bill, Republican lawmakers are proposing eliminating the enhanced federal reimbursement for new Medicaid enrollees starting in 2020. This would cut the number of people covered under expansion over time.

The future of Medicaid was a prominent topic of discussion at a gathering of governors over the weekend in Washington. A group of governors sat down with Health and Human Services Secretary Tom Price to air their concerns about Obamacare repeal and potential changes Medicaid, though governors leaving the meeting said there were no concrete decisions.

Kasich, along with Wisconsin Gov. Scott Walker, Tennessee Gov. Bill Haslam and Nevada Gov. Brian Sandoval, are also currently in talks to come up with a Medicaid plan that Republicans lawmakers and the White House could endorse.

Medicaid is expected to be the focus of a meeting between governors and Trump at the White House on Monday.

Both Trump and GOP congressional leaders have the tough task of reassuring nervous lawmakers with a range of concerns about Obamacare.

For some lawmakers, the fear is that the recent explosion of angry town halls will begin to turn their colleagues against a wholesale repeal of the health care law.

"I don't know if we're going to be able to repeal Obamacare now because these folks who support Obamacare are very active, they're putting pressure on congressmen and there's not a counter-effort to steel the spine of some of these congressmen in tossup districts around the country," Republican Rep. Mo Brooks of Alabama said.

"But this monstrosity needs to be repealed, and right now, in my judgment, we don't have the votes in Congress to pass a repeal bill, in part because of what these people are doing," he added.

At a raucous town hall, Rep. Tom Cotton of Arkansas was asked a pointed question about whether he would commit to replacing Obamacare.

"You talk a lot about the repeal, but you have not gone into specifics on replacement," the woman asked. "Will you commit today to replacement protections for those Arkansans like me who will die or lose their quality of life or otherwise be unable to be participating citizens trying to get their part of the American dream?"

When Cotton attempted to move on to others in the audience without addressing the question, the crowd erupted into jeers and chants of "Do your job! Do your job!"

Cotton then responded: "I'm committed to making sure that people with conditions as serious as yours or young healthy people all have access to affordable, quality, personalized care."