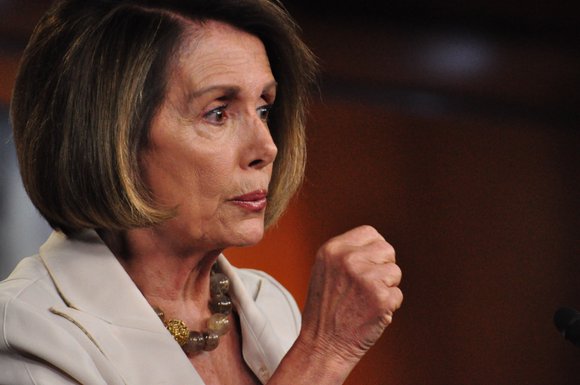 By Eric Bradner and Deirdre Walsh

WASHINGTON (CNN) -- House Democrats who ushered President Barack Obama's health care reforms into law say they failed to sell it from the start.

Now, as congressional Republicans prepare to repeal the law, Democrats are asking voters to "take a second look."

On a call Monday with top Democrats, House Minority Leader Nancy Pelosi said one thing she would have done differently on health care reform from the start was "message it in a much stronger way."

Pelosi, who as speaker presided over the House when Obamacare became law, stressed that millions of Americans now enjoy the law's benefits and said Democrats are focusing in the coming weeks on emphasizing the law's individual provisions.

"I would just say to the American people: Take a second look," Pelosi said.

The alternative, Pelosi argued, is that Republicans will leave millions of Americans without health insurance -- and worsen the coverage of many more -- with no clear plan for what will follow.

Her comments come the day before Congress returns to Washington, with Republicans set to adopt changes to the House rules to make it easier to undo Obama's signature domestic achievement. GOP lawmakers are expected to repeal the law, while giving themselves a period of potentially two years or more to craft and approve its replacement.

Obama and Vice President-elect Mike Pence will be on Capitol Hill Wednesday to talk Obamacare. Pence will huddle with House Republicans to discuss the repeal while Obama is scheduled to meet with House and Senate Democrats to continue developing the party's strategy to fight the GOP's effort.

While Democrats don't have the votes to prevent the repeal from moving through Congress, they are relying on a high profile public relations campaign to highlight the benefits of the law. On Monday, they began mentioning specific cases where constituents saved money or had a family member survive a major illness due to Obamacare.

On Tuesday, House members will vote on some Republican proposals to change the rules that govern how legislation is considered on the House floor. Democrats are pointing to two new provisions added in the package for the new Congress that they say are designed to help the GOP effort to repeal Obamacare.

One change would allow exceptions to the rule instituted by House Republicans in their recent budget plan that limits votes on any legislation that increases the federal deficit by $5 billion over a specific period. Pelosi said of the change, "they really admit that by repealing the Affordable Care Act you will increase costs."

Democrats also say that another change dealing with committee oversight could open up federal entitlement programs like Medicare and Social Security to potential funding cuts. The new GOP rule directs certain committees to draft recommendations for shifting these programs from the mandatory side of the federal ledger to the discretionary side. If implemented, that change could mean Congress would decide funding details for all of these programs as annual spending bills, potentially removing the automatic funding stream they now receive.

She accused Republicans of pursuing a strategy of "repeal and delay" -- noting that it lacks even the GOP's "repeal and replace" alliteration and saying it "does nothing" and is "an act of cowardice."