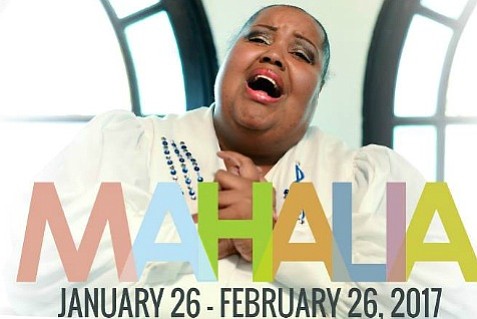 “What better way to kick off Black History and lead into Women’s History month than with this entertaining and educational production about the life of Mahalia Jackson,” says Director Shirley Marks Whitmore. “Although music has evolved in many ways, we still look to the expression of song writers and musical artists to communicate our thoughts, emotions, and beliefs.”

A joyous celebration of the life and music of the world's greatest gospel singer: a humble, deeply religious woman whose expressive, full throated voice carried her from a three room shanty in New Orleans to international fame. The joy and inspiration of her heartfelt songs provide a counterpoint to the urgent messages delivered by her friend Martin Luther King, Jr. Standing at his side, Mahalia Jackson became the musical voice of the civil rights movement. This harmonious tribute includes music by various gospel composers as well as hymns and spirituals made famous by Mahalia Jackson.

The Ensemble Theatre's 2016-2017 Season is sponsored in part by grants from the City of Houston through the Houston Arts Alliance, Texas Commission on the Arts, and the National Endowment for the Arts. United Airlines is the official airline sponsor for The Ensemble Theatre.

“The Mission of The Ensemble Theatre is to preserve African American artistic expression; to enlighten, entertain, and enrich a diverse community.”