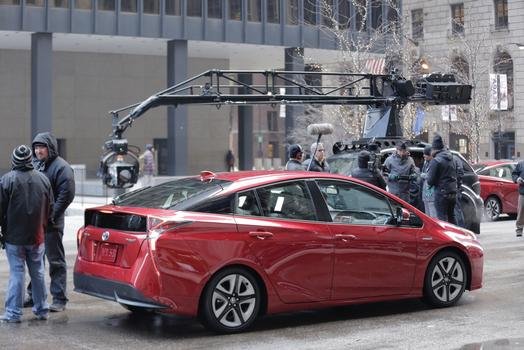 NEW YORK (January 18, 2017) – Good Housekeeping this week announced the winners of its Best New Car Awards for 2017, and selected the 2016 Toyota Prius Two Eco as the Best New Hybrid. The Awards appear in the February issue, on newsstands January 17.

The Good Housekeeping Institute worked with Car and Driver, the leading authority on all things automotive, to screen more than 100 new vehicles, narrowing it down to the top 25 for further scrutiny. After driving over 1,200 miles on test tracks and open roads, engineers from the GHI Labs and consumer testers rated cars on value, safety, smoothness, handling, interior design and comfort and onboard technology.

“It’s a money-saving hybrid with a sleek, futuristic design,” says Good Housekeeping. “The knockout gas mileage you can expect from a Prius improves with every new model, and this one is no exception.”

Celebrating 130 years, Good Housekeeping (goodhousekeeping.com) is a leading lifestyle media brand inspiring a monthly audience of 30+ million readers to discover genius innovations, delicious ideas, style-savvy trends, compelling news and best-in-class products for their homes, families and themselves. The Good Housekeeping Institute’s state-of-the-art labs combined with Good Housekeeping’s seasoned editorial talent is unparalleled. Staffed by top engineers, scientists and technology experts, the GH Institute tests and evaluates thousands of products each year for the magazine, website and for the Good Housekeeping Seal and the Green Good Housekeeping Seal, which are among the most recognized and trusted consumer icons in the world today. Good Housekeeping, which also has five international editions, is published by Hearst Magazines, a unit of Hearst, one of the nation’s largest diversified media, information and services companies. With 21 titles in the U.S., Hearst is the leading publisher of monthly magazines in terms of total paid circulation, and reaches 79.5 million readers and 68 million unique site visitors each month (comScore). Follow Good Housekeeping on Facebook, Instagram, Twitter, Pinterest and on the Inside the Institute blog. Follow Jane Francisco on Twitter and Instagram.

Toyota (NYSE:TM), the world's top automaker and creator of the Prius and the Mirai fuel cell vehicle, is committed to advancing mobility through our Toyota and Lexus brands. Over the past 50 years, we’ve produced more than 30 million cars and trucks in North America, where we operate 14 manufacturing plants (10 in the U.S.) and directly employ more than 44,000 people (more than 34,000 in the U.S.). Our 1,800 North American dealerships (1,500 in the U.S.) sold more than 2.8 million cars and trucks (nearly 2.5 million in the U.S.) in 2015 – and about 80 percent of all Toyota vehicles sold over the past 20 years are still on the road today.