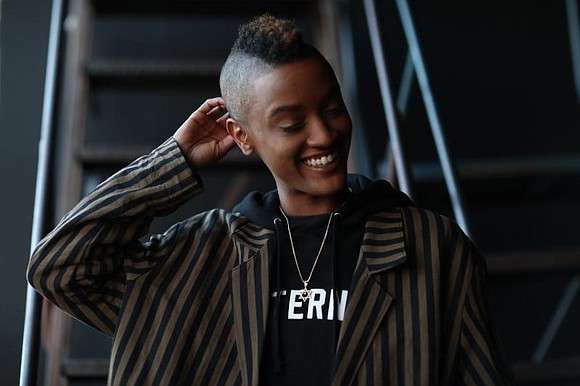 THE INTERNET's frontwoman and producer Syd has released a new song from her forthcoming solo album, entitled Fin, which will come out on Columbia Records on February 3rd, 2017. The song, called "Body," premiered today as Zane Lowe's World Record on Beats 1; it can be heard HERE.

"Body" follows the release of the album's first song,"All About Me, " which lit up the internet when it came out two weeks ago. The song immediately made waves globally, when it was added to BBC Radio 1 as "Hottest Record in the World" and to Australia's lauded Triple J station upon its release. It has since landed on every Spotify viral chart worldwide, with Fader calling it one of the "13 Songs You Need In Your Life This Week."

Today, THE INTERNET is also announcing select U.S. shows under the moniker "THE INTERNET Presents THE INTERNET Tour." For this run of shows, the band is deconstructed - each member taking center stage to play a set of solo material while the rest of the band backs them up. 5 artists, 5 sets. 1 band reassembled at the end of the evening. Syd will be playing songs from Fin, while her partner-in-crime and INTERNET co-founder, Matt Martians, will be playing songs from his forthcoming solo album, The Drum Chord Theory, set for release this Friday, January 27th.

Both Fin and The Drum Chord Theory are the first collections of new music from members of THE INTERNET since the release of their Grammy-nominated album, Ego Death, in 2015. The record was hailed as one of the year's favorites by the likes of Rolling Stone, The Fader, Complex, NPR, USA Today, Los Angeles Times, Pigeons & Planes, Nerdist, Noisey, and many more.