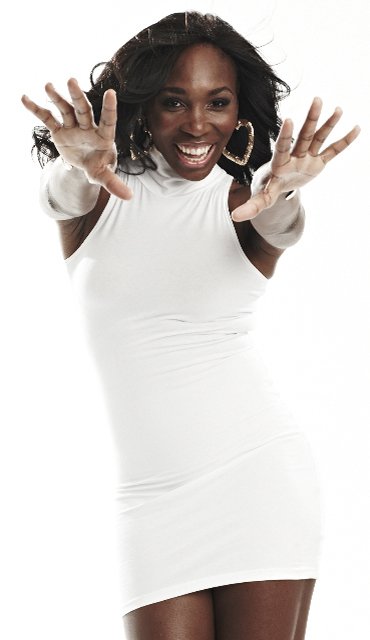 But the 36-year-old wasn't dozing on court Tuesday at the Australian Open, as the American battled past Anastasia Pavlyuchenkova 6-4 7-6 (7-3) at Rod Laver Arena to become the oldest women's semifinalist in the Open Era of the tournament.

Witt was full of admiration for Williams, who in 2011 was diagnosed with Sjogren's syndrome, an autoimmune disorder that causes, among other things, fatigue and joint pain.

Not ideal for anyone, athletes included.

"It's crazy to think how long she has played," Witt told CNN as Williams cooled down in the player gym. "And she's still doing it at a high level. It's incredible.

"Part of that comes down to her fight and belief, how much she has in her heart -- every time she goes out there, you never see her quit on a point, never see her tank a game or two, and that says a lot. It takes a lot out of someone to do that.

Whose age record did the ever professional Williams surpass? Someone she knows well.

Younger sister Serena, who was 34 when reaching the last four 12 months ago.

And no, Williams isn't thinking about calling it quits anytime soon. Why would she, given she can still compete with the best of them?

"I feel like I have a lot of great tennis in me," she told reporters. "Any time you feel that way, you continue."

It almost happened last year at the All England Club but Venus -- bidding for an eighth major and first since 2008 at Wimbledon -- fell in the semifinals to current No. 1 Angelique Kerber.

Her opponent Thursday on paper, fellow California native CoCo Vandeweghe, isn't as prolific. She is, after all, ranked 35th and will be contesting a maiden grand slam semifinal.

Vandeweghe, though, followed up her emphatic victory over Kerber in the fourth round by crushing 2016 French Open winner Garbine Muguruza 7-5 6-0 later Tuesday.

Vandeweghe didn't hold back when assessing her play.

"Once I got rolling in the second (set), it was like a freight train, you couldn't stop it," Vandeweghe said in her on-court interview.

Her record against top-10 opposition since the start of last year -- 6-1 -- is proof of the danger she presents.

Vandeweghe and Williams share a power game where serves often set the tone but the latter is considerably more understated with words than her 25-year-old compatriot.