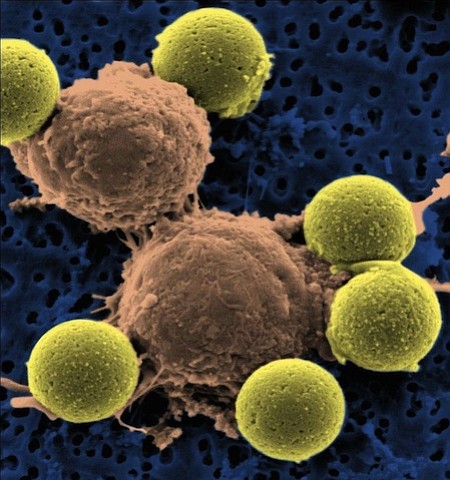 A new gene therapy drug, the first in its class, was recommended for approval to the US Food and Drug Administration by an advisory committee on Wednesday, July 12, 2017. If approved by the FDA, the drug will be a new avenue for some leukemia patients whose first-line drugs have failed.

(CNN) -- A new gene therapy drug, the first in its class, was recommended for approval to the US Food and Drug Administration by an advisory committee on Wednesday. If approved by the FDA, the drug will be a new avenue for some leukemia patients whose first-line drugs have failed.

A panel of experts voted to endorse the immunotherapy drug, known as tisagenlecleucel, which treats a type of leukemia that is more common among children. Ten committee members voted in favor, and one left early without voting. None voted against.

The drug enables patients' own immune cells to recognize and kill the source of the cancer: a different immune cell gone awry.

"Which one wins is really the question of life or death," said Dr. Catherine Diefenbach, clinical director of NYU's Perlmutter Cancer Center. Diefenbach, who was not involved in researching the drug and has no ties to its manufacturer, Novartis, described its results as "astounding."

The research presented to the committee studied the drug as a treatment for the relapse of a blood cancer known as B-cell acute lymphoblastic leukemia, or ALL. This is the most common type of cancer among children, according to the National Cancer Institute.

Nearly 5,000 people were diagnosed with acute lymphoblastic leukemia in 2014, the most recent year on record, according to the US Centers for Disease Control and Prevention. Although more than half of those with this diagnosis were children and teens, they represented only 14% of those who died that year.

The vast majority of people with ALL recover through other treatments, including chemo, radiation and stem-cell transplantation. But if the cancer comes back, the prognosis can be dire.

"The patients who are left behind when chemotherapy doesn't work are left in really tough shape," Dr. Stephan Grupp, director of the Cancer Immunotherapy Program at Children's Hospital of Pennsylvania, said Wednesday at the FDA advisory committee's meeting. His hospital is one of 26 clinical centers that participated in the study, and he served as the lead investigator there. As such, he has studied and treated patients with tisagenlecleucel for over five years and receives research support from Novartis.

But the drug has side effects that can be fatal, such as cytokine release syndrome or CRS, which "looks like sepsis" and causes blood pressure to drop dangerously low, said Diefenbach. This could limit the drug's availability to those hospitals that are specially equipped to deal with this complication, she added.

In this pivotal study informing the committee's decision, roughly half of 68 patients receiving the drug experienced this complication, though none died from it.

Slightly fewer patients experienced neurological side effects, such as seizures and hallucinations, according to the committee's briefing document.

And because the treatment kills one type of immune cell, patients are more likely to come down with certain infections. At least three patients died with various infections -- including viral, bacterial and fungal -- more than a month after the drug's one-time infusion, according to the brief.