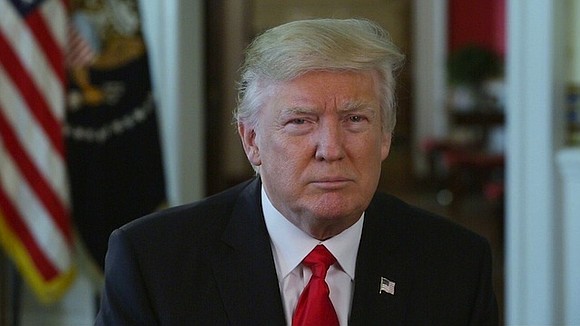 (CNN) -- More than half of US presidents in the modern era never reached an approval rating as low as President Donald Trump just hit, according to the latest ABC News/Washington Post poll and older polling data by Gallup.

Just six months into his young presidency, Trump's approval rating slipped to a new low of 36% over the weekend, the lowest at this point in a tenure in seven decades of this poll's history.

Only six of the last 13 presidents in modern times ever registered an approval rating as low as Trump's latest number in ABC News/Washington Post and Gallup polling -- most of them coming long after the honeymoon phase of a new presidency had completely worn off.

Former Presidents Barack Obama and Bill Clinton never sank as low as Trump has in just his first six months. Obama reached his all-time low of 40% just before the 2014 midterm election. Clinton hit an all-time low of 43%.

Meanwhile, Trump is approaching the all-time low approval ratings for former Presidents George H.W. Bush (33%) and Lyndon Johnson (35%). Former President Jimmy Carter sank to 28% in 1979, while Richard Nixon reached 24% approval right before his resignation. George W. Bush bottomed out at 23% before the end of his term and Harry Truman dropped to 22% during his final year in office.

So who's to blame? Trump's approval rating slipped 6 percentage points overall, but even more dramatically among some of his core groups. His support among white evangelical protestants and white men without a college degree sank double-digits and support among whites and rural Americans fell by 9 points.