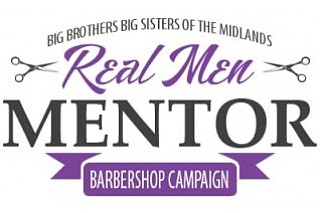 Big Brothers Big Sisters is looking for a few good African American male mentors in a new out-of the-box campaign, as the shortage is severe for the organization. Close to a 1,000 kids are in need of mentors of them 400 –plus are African American boys. BBBS is going to the places men hang out the most, barber shops, to ask men to be a positive role model in a child’s life. Darryl Blackburn, a former little brother, former BBBS board member and current big brother, heads the campaign named “Real Men Mentor” Barbershop. About twenty barbershops have joined the campaign to be ambassadors of the campaign and recruit their clients. The campaign officially kicks off on July 24th at 6:30pm at the Eighth Wonder Brewery.