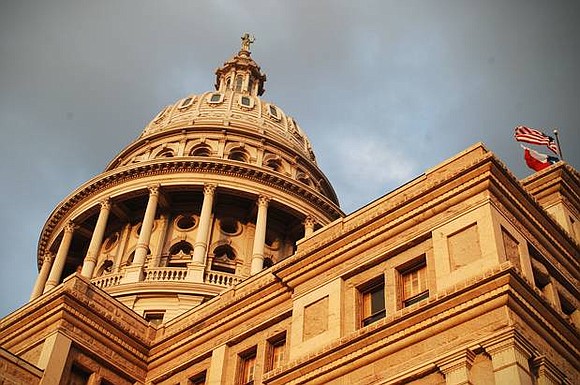 AUSTIN — Today, the Texas Senate State Affairs Committee hears testimony on the anti-transgender legislation SB3 and SB91. Throughout the year — during the regular legislative session and now during the special session — thousands of Texans have spoken out against proposed anti-LGBTQ legislation, including: 27 Fortune 500 companies, nearly 500 faith leaders and 37,081 people taking action by signing petitions or testifying against these harmful bills. Despite all of this outcry, lawmakers such as Dan Patrick still aren’t listening to the concerns of Texans.

On the day of the hearing, several pro-equality groups released the following statements:

“It is extremely disappointing that Governor Abbott and Lieutenant Governor Patrick have decided to ignore the overwhelming majority of the constituents they represent in their efforts to pass an anti-transgender bathroom bill. This includes the 1,718 people who testified against SB 6, the 13,800 transgender students who attend school throughout the state, and over 1,300 major businesses and employers. These anti-transgender bathroom bills are morally bankrupt and will cause billions of dollars of damage to our economy. Any legislation that targets transgender Texans – an already vulnerable population – for unequal treatment will put innocent adults and children in harm’s way. There is no middle ground on discrimination. We cannot tolerate any effort that seeks to demonize, stigmatize, and endanger our transgender family members, friends, coworkers, students, and neighbors. We will not give up in our efforts to prevent the passage and enactment of such a dangerous and immoral law.”

“Transgender Texans, like all Texans, need to use public facilities without fear for their safety or security. Any bathroom bill will roll back decades-old policies, laws, and perfectly functioning social norms that ensure that transgender people have access to restrooms appropriate to their gender. All parents are concerned about the safety of their children, but the lieutenant governor is exploiting that parental instinct to attack a vulnerable community, subjecting transgender children and adults to harm when they pose no risk to others. These kind of laws are unenforceable without massive police intrusion on privacy rights, and they create a barrier for trans people navigating society.”

“SB3 and SB92 are just the latest examples in the extreme agenda of Lt. Gov. Dan Patrick and Gov. Greg Abbott. Despite a massive outcry against discriminatory, anti-trans legislation from businesses, faith leaders, elected officials, sports leagues and everyday Texans, Patrick and Abbott have their sights set on continuing to discriminate, with no regard for Texas’ future or reputation. Texas should heed the warning signs from North Carolina’s disastrous HB2 and focus on the issues that matter: not an imaginary issue that is designed to win them cheap political points while harming trans Texans.”

“With all of the challenges facing the state right now, it’s absurd that the Senate is wasting precious time and taxpayer dollars considering a discrimination bill that addresses a nonexistent ‘problem' and hurts people simply because of who they are. The only reason this is happening is we have a callous lieutenant governor who is obsessed with playing potty policeman and tossing red meat to his political base.”