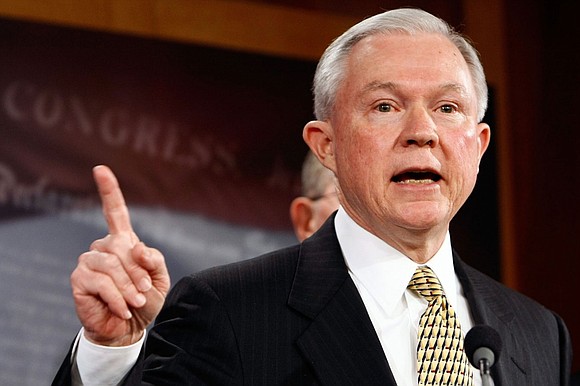 WASHINGTON (CNN) -- Attorney General Jeff Sessions was once Donald Trump's truest, most loyal friend -- the first major backer of the billionaire's presidential campaign and a major ally for his get-tough policies on immigration.

According to CNN reporting, Sessions threatened to quit his post amid repeated clashes with Trump, who has grown increasingly unhappy with the performance of his attorney general.

Why? It's simple: Sessions admitted he did something wrong. He made a concession that, in Trump's mind, is the root of many of the Russia-related problems he is now dealing with.

This all traces back to March 1, when The Washington Post reported that Sessions had met twice with Russian ambassador Sergey Kislyak during the course of the 2016 campaign, get-togethers he had not disclosed during his confirmation hearing.

Less than 48 hours later, Sessions recused himself from the ongoing federal probe into Russian meddling in the 2016 election.

Apparently his decision caught Trump by surprise. And the President was not happy. You can tell that by reading the statement he put out at the time. Here it is:

"Jeff Sessions is an honest man. He did not say anything wrong. He could have stated his response more accurately, but it was clearly not intentional. This whole narrative is a way of saving face for Democrats losing an election that everyone thought they were supposed to win. The Democrats are overplaying their hand. They lost the election and now, they have lost their grip on reality. The real story is all of the illegal leaks of classified and other information. It is a total witch hunt!"

Read between the lines of that statement and you get this: Jeff Sessions didn't do anything wrong! This whole thing is just Democrats! (It's no accident that within 24 hours of Trump's angry comments about the Sessions' recusal, he launched a tweetstorm alleging, with zero proof, that then-President Obama ordered a wiretap of him at Trump Tower during the 2016 campaign.)

Remember -- because Jeff Sessions apparently didn't -- that one of the cardinal rules of Trumpism is that you never ever apologize or concede anything. Give them an inch and they'll take a mile -- and all that.

That attitude comes from Trump mentor Roy Cohn. All you need to know about Cohn is contained in this vignette from "Trump, Revealed": Trump asked Cohn for advice on how to deal with charges from the Justice Department that the Trump organization had racially discriminated against black people in search of homes. Cohn's response? "My view is tell them to go to hell and fight the thing in court."

To Trump's mind, you can draw a straight line between what he believes was Sessions' very dumb decision to recuse himself and the fact that former FBI Director Robert Mueller is now leading a special counsel investigation into Russia's meddling and the possibility of collusion between the Russians and elements of the Trump campaign.