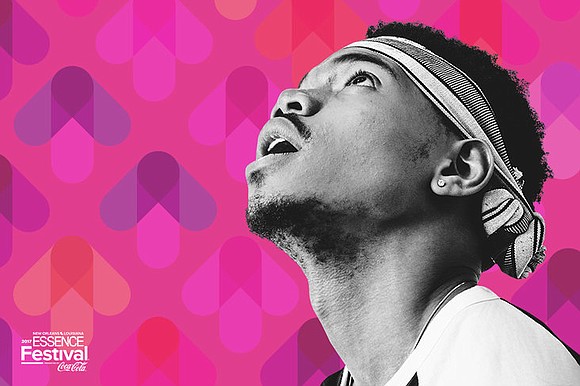 Where can you find a 2017 Grammy winner, a dedicated community activist and a future young music mogul all in one?

Adding to this year's already star-studded ESSENCE Fest lineup, Chance The Rapper will bring his many musical talents to New Orleans this July, where he will headline an unforgettable night on the ESSENCE Fest mainstage among some of the other biggest names in music today.

ESSENCE Festival 2017 ticket packages are on sale now! For more info about tickets, accommodations and the latest news, visit our Festival page here

Appearing at ESSENCE Festival for the first time, Chance has hit the ground running this year as a leader among his music industry peers and in his hometown community. The 23-year-old Chicago native first gave fans a taste of what was to come with the release of his debut mixtape, 10-Day in 2011, before later following up with his well-recieved Acid Rap mixtape in 2013. Most recently, Chance earned three 2017 Grammy Awards, one of which made his 2016 mixtape Coloring Book the first streaming-only "album" to win a Grammy.

The full weekend concert lineup is as follows:

The 2017 Essence Festival is presented by Coca-Cola and sponsored by Ford, State Farm and Walmart.