Flint Mayor: City Needs 2 Years Before It Can Treat Its Own Water 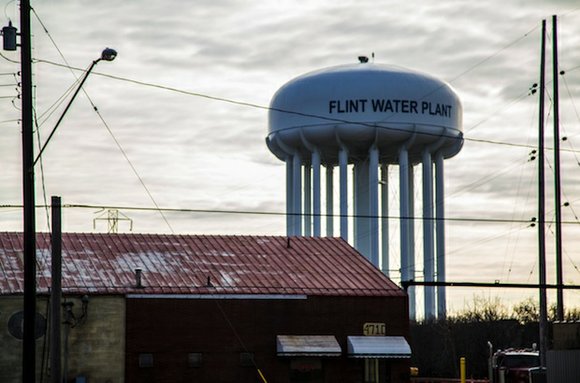 When Michigan officials switched water sources for Flint, Michigan, from Lake Huron to the Flint River it introduced iron and lead into the water supply.

(CNN) -- Flint has been mired in a devastating water crisis for nearly three years, and it may be another two before it's resolved.

Mayor Karen Weaver wrote to EPA officials earlier this week to inform them that the Michigan city will not be able to treat its own water for lead and other contaminants until 2019, citing a lengthy construction and testing process for a new water treatment plant.

"To expedite completion of the project and minimize cost, a design/build project delivery method is proposed," Weaver wrote. "Based on this approach, an August, 2019, completion date is anticipated for the treatment plant improvements."

In 2014, officials implemented a cost-cutting plan to switch the city's water source from Lake Huron to the Flint River, which is 19 times more corrosive, according to researchers from Virginia Tech. That caused lead to leach from pipes and into the city's drinking water.

'Why is the water brown?'

Soon after the switch, the water started to look, smell and taste odd. Residents said it also looked dirty.

"The water would come in brown and my daughter was like 'Mom ... why is the water brown?,'" Flint resident Rhonda Keslo told CNN last year.

The EPA intervened in 2016, following studies that revealed dangerous levels of lead in the city's drinking water and a class-action lawsuit alleging that the Department of Environmental Quality wasn't treating the Flint River with an anti-corrosive agent.

The EPA enacted a Safe Drinking Water Emergency Order, which allowed it to more closely monitor and control the state and local response efforts in Flint. These efforts include rerouting the water supply, replacing corroded water pipes and distributing bottled water and filters.

The EPA's oversight requires that Weaver keeps the federal government abreast of developments in its plan to restore clean drinking water to the city. The federal agency has not yet publicly responded to the letter.

Since federal intervention, Flint's lead contamination has reportedly dropped. A six-month study by the Michigan Department of Environmental Quality revealed in January that lead levels in Flint's water supply had fallen below the federal limit. However, many residents still rely on bottled water, and the state still recommends that residents use filtered water for cooking and drinking.

"Nothing's changed, except the attention has died off," Flint resident Delano Whidbee told CNN in October.