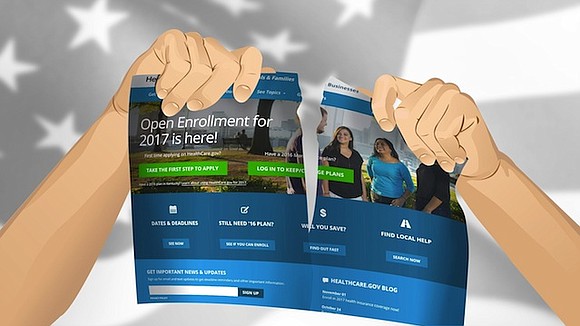 Obamacare touches just about everyone. It's not just for the 20 million people who have health insurance through the individual Obamacare exchanges or Medicaid expansion.

NEW YORK (CNNMoney) -- Republican lawmakers have long vowed that they can make health care more affordable and accessible. Americans will now see if Congress can keep that promise.

The House finally revealed its plan to repeal and replace major portions of the Affordable Care Act on Monday. While the bill will likely change a lot before it lands on President Trump's desk, it's already possible to see whom the winners and losers in the individual market and Medicaid could be.

Titled the American Health Care Act, the legislation calls for providing refundable tax credits based on a person's age and income. It keeps the Obamacare protections for those with pre-existing conditions, but it allows insurers to levy a 30% surcharge for a year on the premiums of those who let their coverage lapse. It lifts the taxes that Obamacare had imposed on the wealthy, insurers and prescription drug manufacturers. And it loosens one of the law's strict insurance reforms so that carriers can offer a wider array of policies that pick up less of the tab for getting care.

The bill also eliminates the enhanced federal match for Medicaid expansion starting in 2020 and revamps the funding for the entire Medicaid program.

The most glaring weakness of the GOP bill is that it will likely leave millions uninsured, experts said. Republican lawmakers have repeatedly skirted that question, but reviews of preliminary drafts by the Congressional Budget Office confirmed the problem, sources said.

"With Medicaid reductions and smaller tax credits, this bill would clearly result in fewer people insured than under the ACA," said Larry Levitt, senior vice president at the Kaiser Family Foundation. "The House GOP proposal seeks to reduce what the federal government spends on health care, and that inevitably means more people uninsured."

Experts remain divided over the impact on the individual market. Some say insurers would flee or jack up their rates if millions of people drop out. Others contend that the Republican bill would stabilize the market and premiums because the reforms would give insurers more flexibility and entice more younger enrollees to sign up for coverage.