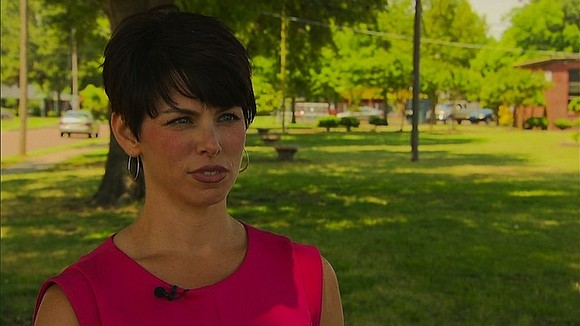 It's a settlement five decades in the making: Beginning in August, students in Cleveland, Mississippi, will no longer attend segregated schools. Jamie Jacks, an attorney for the school district, was proud of the strides Cleveland had made over the years.

(CNN) -- It's a settlement five decades in the making: Beginning in August, students in Cleveland, Mississippi, will no longer attend segregated schools.

A US federal court has accepted a settlement with the Cleveland School District, by which the district's high schools and middle schools will be consolidated to accommodate all district children.

Gone will be the Trojans of predominantly black East Side High and the Wildcats of racially mixed Cleveland High. All teens will now be Cleveland Central High Wolves.

Elementary schools will remain unchanged with the exception that three of them will now include sixth-graders to satisfy the new setup.

The US District Court for the Northern District of Mississippi last year ordered the school district to desegregate its school system. The district appealed the ruling, perpetuating a prolonged legal battle that began when black parents and guardians sued the schools on behalf of 131 "Negro children" in 1965.

The district relented earlier this year, and the federal court approved the settlement on Monday.

"After careful consideration, the board unanimously voted to end the appeal as it felt moving forward with a solid plan would serve the district, its students, faculty, parents and the community best in the long run," the school district said. "As the district moves forward, it will continue to utilize the ideas generated by a multiracial advisory panel made up of parents and community members."

Though school desegregation in the Mississippi delta may raise the specter of Jim Crow, it's not necessarily fair to rest on old assumptions and stereotypes in this case.

There was no local order separating the schools by race. In fact, Jamie Jacks, an attorney for the school district, was proud of the strides Cleveland had made over the years. When the US Justice Department called in 2007 to say it was revisiting old segregation cases, she thought, "Well, this would be a good thing," she said in May.

Responding to federal demands, the district had made major changes to the school system over the years, Jacks said. One measure involved the establishment of neighborhood schools that allowed students to pick which school they wanted to attend.

Many black students and graduates told CNN they opted to attend East Side, and they had no qualms about it. The school has a reputation for athletics and grand homecoming celebrations. Many youngsters' parents and extended families went to East Side. To them, it was about tradition.

This left East Side High and D.M. Smith Middle School (and two elementary schools not affected by the federal ruling) predominantly black. Still, Jacks said, she felt the district had achieved an integrated district, "the only one for hundreds of miles in the Mississippi Delta."

She pointed to testimony during the case that showed Cleveland's schools were more integrated than those in Kansas City, Missouri, Fulton County, Georgia, Dallas and Denver.

But the feds simply didn't see it the school district's way.

"For someone to come in and say you're doing these awful things when you know in your heart that you've tried multiple tactics to try to get things the way the DOJ would want them, it's really hurtful," Jacks said.