Dylann Roof Friend to Be Sentenced 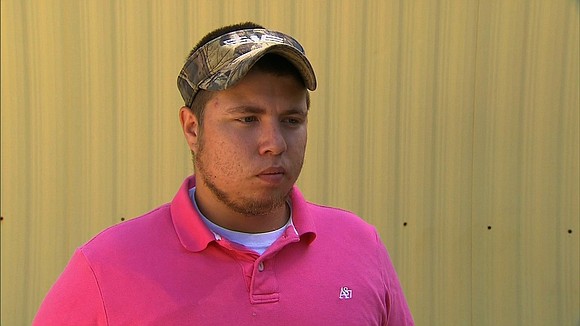 (CNN) -- The friend of Dylann Roof who admitted not divulging to authorities Roof's plans to massacre black people at a Charleston, South Carolina, church, is scheduled to be sentenced Tuesday in federal court.

Meek was not accused of having a direct role in the June 17, 2015, slaying of nine people at the historic Emanuel African Methodist Episcopal Church in Charleston. Roof, 22, was found guilty of those killings in federal court and has been sentenced to death.

Meek, of Lexington, South Carolina, was arrested in September 2015 and charged with misprision of a felony -- concealing and failing to report a crime -- and lying to the FBI.

He pleaded guilty to those charges in April and could be sentenced to eight years in prison, court records show.

After the killings, Meek talked to investigators, as well as several reporters. Meek told CNN he called the FBI the morning after the shooting, describing Roof and giving investigators the license plate number from his car.

Meek told reporters that Roof had vague plans about starting a race war and had drunkenly vowed to "do something crazy." Meek said he did not take Roof seriously, but he said he hid his friend's gun the night of that boast. He put it back the next day, he said.

In the indictments against Meek, prosecutors alleged he told an FBI agent questioning him after the shootings that "he did not know specifics of Dylann Roof's plan to shoot individuals on a Wednesday, during Bible Study, at an AME Church in Charleston, South Carolina."

In reality, prosecutors said, "Meek's statements and representations denying such specifics were false, fictitious and fraudulent when made."

The indictment also charged Meek with failing to notify authorities of the shooting "as soon as possible."

Meek told CNN he had been friends with Roof in middle school. They'd lost touch a few years ago but reconnected in recent months, Meek said, adding that there were things about Roof's recent behavior that scared him.

Roof still faces a state trial for the killings, and state prosecutors have said they'll also seek the death penalty.