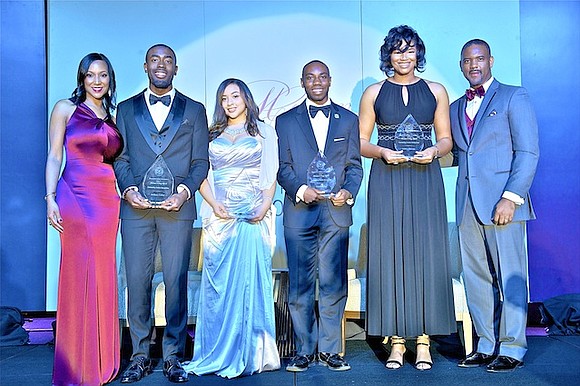 HOUSTON (May 1, 2017) – Texas Southern University held its inaugural Maroon and Gray Affair on April 29 at the Marriott Marquis Houston and raised in excess of $800,000 in scholarship money for deserving TSU students. More than 1,100 people were in attendance. Texas Southern’s award-winning Ocean of Soul marching band opened the evening with a thunderous performance. Nephew Tommy, comedian and radio personality on The Steve Harvey Morning Show, and Melinda Spaulding from Fox News Houston served as the masters of ceremonies. 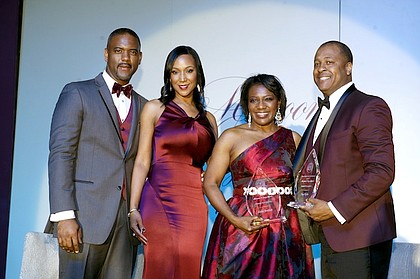 The Maroon & Gray Affair was conceived by TSU’s President Dr. Austin A. Lane and First Lady Loren Lane as a means to present an evening of elegance in support of student scholarships and programs. The black-tie event recognized four top students and two outstanding alumni.

“It was a dynamic evening to celebrate all of the wonderful aspects of Texas Southern. The gala allowed us to celebrate our best and brightest students and dedicated alumni,” said Mrs. Lane. “We are grateful to all who joined us to support higher education and those who will make a positive contribution to society.”

Brianna Batiste, a finance major from Southern California; Anthony Collier, a political science major from Manor, Texas; Ashtyn Duncan, an accounting major from Houston; and Kaleb Taylor, a political science major from Missouri City, Texas, were recognized for their academic and civic accomplishments. Alumni honorees included Alaina Benford, an attorney at Norton Rose Fulbright, who earned a bachelor’s degree in marketing from TSU and her Juris Doctorate from the TSU’s Thurgood Marshall School of Law; and Tony Wyllie, vice president of communications for the Washington Redskins, who earned a degree in communication from TSU.

“Texas Southern is elated to honor our fantastic students and accomplished alumni. The University family is buoyed by the support of our stakeholders and friends. This gala will allow us to continue the critical work of serving as a special-purpose institution for the most deserving students,” said TSU President Dr. Austin A. Lane.

Judy Smith, founder and president of Smith & Company and inspiration for the hit television show Scandal who is an acclaimed crisis management expert, recounted her role as a White House advisor in a question-and-answer session with Spaulding.

Texas Southern University (TSU) is a comprehensive, metropolitan institution providing academic and research programs that address critical urban issues, and prepares its increasingly diverse student population to become a force for positive change in a global society. TSU offers more than 100 undergraduate and graduate programs and concentrations – bachelor’s, master’s, doctoral and professional degrees – organized into 10 colleges and schools on a 150-acre campus nestled in the heart of Houston’s historic Third Ward. The University’s enrollment has a population of 8,000 undergraduate and graduate-school academic candidates. Texas Southern has been a distinguished educational pioneer since 1927, and the University has become one of the most diverse and respected institutions in Texas. TSU has positioned itself as a proactive leader in educating underserved students and many who are the first in their family to attend college.