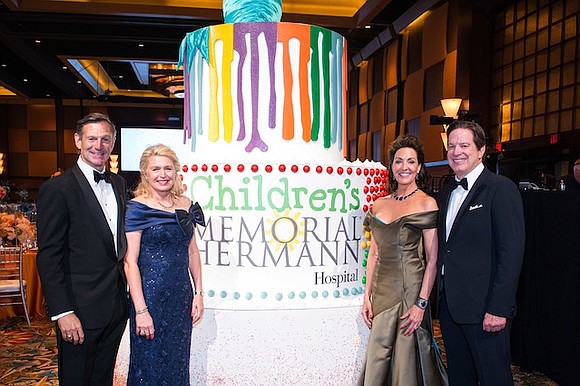 “As I celebrate my first Circle of Life Gala as President and CEO, I am humbled to honor the impact our physicians and staff have had on our pediatric patients over the past 30 years,” said Dr. Benjamin K. Chu, president and CEO of Memorial Hermann Health System. “Tonight, we say thank you to those caregivers, as well as those who give so generously to support our mission to provide high-quality and safe care to children in Southeast Texas.”

Guests were brought to tears as the video shared the struggles and successes of former patients – Emily and Caitlin Copeland, Dominic Larkin and Faith Hagler – and the determined physicians who gave each story its happy ending:

It was February 2016 when 18-month-old Dominic Larkin of The Woodlands crawled into the family hot tub and was found lying on his back in the water, not moving or breathing. While his mother was able to perform CPR successfully, within days of being admitted to Children’s Memorial Hermann Hospital, his condition deteriorated rapidly into respiratory failure. Dr. Matthew Harting, pediatric surgeon at Children’s Memorial Hermann Hospital and assistant professor in the department of pediatric surgery at McGovern Medical School at UTHealth, treated Dominic with extracorporeal membrane oxygenation (ECMO), which bypasses the lungs, enabling the body to rest and the lungs to heal. Children’s Memorial Hermann Hospital is one of only two Houston hospitals offering pediatric ECMO. After weeks of lying motionless, Dominic transitioned successfully into specialized therapy in May 2016.