Beyonce Does It For The ‘Gram, Her Publicist Slams Lip Injection Rumors 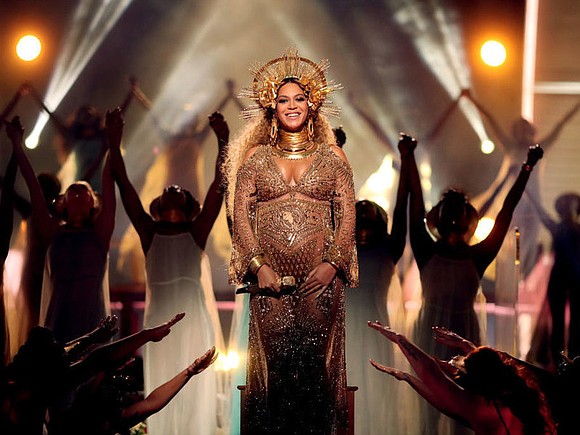 Singer Beyoncé at the Grammy Awards in February. Christopher Polk/Getty Images for NARAS

Unless you just dropped in from orbiting the moon (and actually, even then) you know that Beyoncè is having her second and third babies. Currently pregnant, with no announced due date, B has been out and about with her hubby, Jay Z and Baby Blue Ivy, and having a good time showing off her pregnant belly on Instagram.

The Beyhive, Beyonce’s devoted stanbase, has been enjoying their Queen’s slightly cheeky ‘Gram posts where she flaunted cute maternity gear and taken some fun pics. However, another gossip site that goes by its initials – we don’t mention them – received a stinging rebuke not from the Hive, but from Beyonce’s normally silent publicist. Yvette Noel-Schure, B’s longtime rep, dragged the site for insinuating that the star’s overly full lips were the result of a Kylie Jenner style lip injection makeover.

“To MTO staffers,” Noel-Schure, herself a mother, said in a statement published by Gossip Cop, “What do you know about the effects of pregnancy on a woman’s entire body? Please tell me. Did you know that in addition to weight gain there is often a dramatic change in the blood flow in the system and increased fluid causing swelling? Do you know that often women’s gums get swollen? Do you know that it sometimes affects our speech, our ability to chew intently and a host of other things?”

“But the sacrifice to our faces, our feet and our entire bodies is something we welcome because we bring beautiful humans into the world who will one day combat your hate and negativity. I stood silent during Beyonce’s first pregnancy when you thought it was okay to bully her like the cowards you are, when you accused her of never being pregnant, but I simply cannot this time.”

“You are the saddest individuals and picking on a pregnant lady is tantamount to possessing the coldest, despicable heart. You need to find something else to do with your time and maybe stop by a store that has happiness on sale because you need to buy some.”

For more go to http://www.blackamericaweb.com