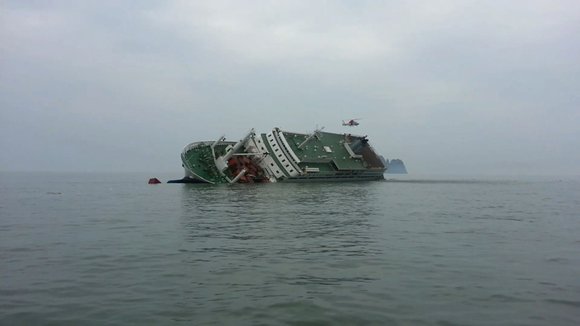 HONG KONG (CNNMoney) -- South Korea's new president has a lot on his plate.

Sworn in Wednesday, Moon Jae-in has stepped into the leadership vacuum left by former President Park Geun-hye, who was impeached over a massive political corruption scandal.

As well as the smoldering tensions with North Korea, Moon has inherited a heavy load of economic problems.

Here are some of the main issues:

South Korea has upset China, its biggest trading partner, by agreeing to the deployment of a U.S. missile defense system on its territory.

China has responded with an array of economic reprisals, including cutting tourist visits and pressuring the Chinese operations of major companies. (Beijing has denied that it is coordinating the response).

The election of Moon, who has criticized the deployment of the defense system, could offer a chance to reset relations.

Moon said he'd be willing to negotiate with both China and the U.S. over the system, the Terminal High Altitude Area Defense (THAAD).

President Trump has rattled South Korean officials with recent comments about the free trade pact between the two countries, describing it as a "horrible" deal.

Trump warned late last month that he intends to renegotiate or terminate the deal, which came into effect in 2012.

His attack on the agreement came soon after his vice president, Mike Pence, had complained in Seoul that U.S. businesses in South Korea "face too many barriers to entry, which tilts the playing field against American workers and American growth."

Economists say a major overhaul or scrapping of the trade deal would be a big blow for South Korean exporters. However, the Trump administration may end up taking a cautious approach to any formal talks because South Korea is an important regional ally.

Seoul said after Trump's recent comments that it has not yet received an official request to renegotiate the agreement.

Moon has come into office after an extraordinary corruption scandal brought hundreds of thousands of protesters into the streets and resulted in Park's downfall.

The scandal has also engulfed some of the country's biggest companies. In the highest profile case, de facto Samsung chief Lee Jae-yong is on trial for bribery and other corruption charges.

Lee denies the charges, but the scandal has fueled public anger against his company and South Korea's other huge family-run conglomerates, known as chaebols. The opaquely run companies have also been accused of hurting innovation and entrepreneurship in the country by squeezing out smaller companies.

"Reform of the chaebols should help to boost productivity growth across the economy," Capital Economics said in a research note ahead of the election.

But the research firm cautioned that "the scale and importance of the chaebols to the economy means any significant change will certainly take time."