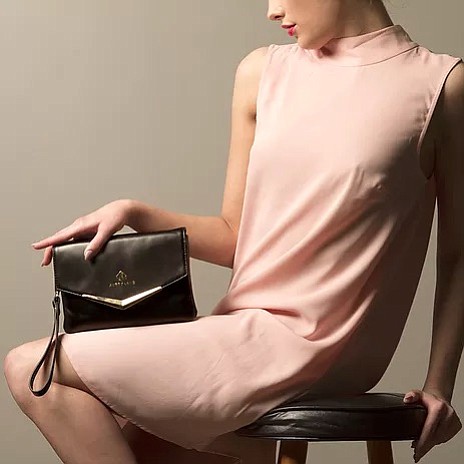 Pepper spray, a taser or even a concealed handgun; when it comes to self-defense there are plenty of options, but what happens if you’re armed with nothing more than a cell phone? During an emergency, would you have enough time to reach your phone and dial for help?

If you’re like me- meaning you can’t keep a cell charged - wearable protection might be a viable option. As the industry expands wearable tech companies are growing as well, with some finding creative ways to blend fashion and self-defense.

Enter Aubry Lane, an emerging tech brand offering the first line of handbags capable of assisting during an emergency. Each comes specially equipped with a hidden GPS tracker and SOS button that, once activated, allows the wearer to be reached virtually anywhere.

Improving on existing technology, the magic of Aubry Lane bags lies in their ability to call or text pre-programmed contacts with the simple push of a button. The handbags also allow the wearer to respond using the SOS button and location can be sent to your contacts via a Google Maps alert.

As Creative Director Halie Geyh explained, “That’s in every single bag so that people can call for help if they need it, up to five emergency contacts and they can be tracked almost anywhere in the world.”

“Generally what we’re finding is that it provides a way for women to track their bag and have a safety net. It’s a good alternative to having pepper spray or a taser that can always be used against you,” she said.

Founded by CEO Jordan Hertlund, the sales professional has built a growing platform for fashionable tech wear, motivated by a desire the website describes as “A way to help bridge the gap between fashion and safety -- He wanted to create a handbag that was not only beautiful, but provided a level of unparalleled safety for women.”

It adds, “This is what inspired Aubry Lane, a brand that empowers women while providing them the freedom they deserve to live their lives without a constant worry about their safety.”

And they’re not stopping there, as Director of Public Relations Catherine Horton revealed other potential uses for the line, including a tracking method for parents or even an option for those suffering from ailments like Alzheismers and dementia.

Ranging from $200-$400 per bag, the battery on each can last up to a week depending upon use, and comes with a complimentary charging dock. For more information on the technology and details behind Aubry Lane handbags, visit here.