Chelsea Manning Free, Ready to Let Down Her Hair 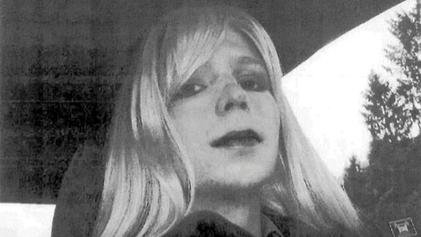 (CNN) -- Chelsea Manning, the former Army intelligence analyst behind one of the largest leaks of classified information in history, was freed Wednesday morning and is looking forward to growing out her hair and finding out what it means to be a woman, her attorney says.

As a prisoner at the US Disciplinary Barracks at Fort Leavenworth in Kansas, she had to conform to male grooming standards before her 3 a.m. ET release.

"She has experienced trauma over the past seven years of her confinement and the trauma from those experiences won't just evaporate the day she walks out of prison," said American Civil Liberties Union lawyer Chase Strangio, who represented Manning.

"It's going be a process for her to heal and begin to live her free life with more autonomy over her gender and her decisions and vision for the future."

After her release, Manning said in a statement, "After another anxious four months of waiting, the day has finally arrived. I am looking forward to so much! Whatever is ahead of me is far more important than the past. I'm figuring things out right now -- which is exciting, awkward, fun, and all new for me."

The Army says Manning will remain on unpaid, active-duty status as she continues to appeal her court-martial. This means she will maintain her access to military medical benefits, including for gender dysphoria and gender reassignment, but Strangio said his client has no interest because of the treatment she endured in prison.

"Because of the nature of her circumstances and the experience of confinement, she is very committed to living her life as free from the government as possible and taking care of her own health benefits and financial needs, separate and apart from the continued benefits available to her," the lawyer said.

Manning was convicted in 2013 of stealing 750,000 pages of documents and videos before leaking them to WikiLeaks.

Manning -- known then as Bradley Manning -- was sentenced to 35 years in prison on 20 counts, including violations of the Espionage Act. After the 2013 sentencing, the ex-intelligence agent changed her name to Chelsea Manning and identified as transgender.

As one of his final acts in office, President Barack Obama commuted Manning's sentence in January, giving her an early release date.

Last week, Manning tweeted her excitement about her impending release: "Freedom was only a dream, and hard to imagine. Now it's here! You kept me alive

She clearly looked forward to what life might hold for her outside the military prison walls.

"For the first time, I can see a future for myself as Chelsea. I can imagine surviving and living as the person who I am and can finally be in the outside world," she said in a written statement. "I hope to take the lessons that I have learned, the love that I have been given, and the hope that I have to work toward making life better for others."