Paul Ryan: James Comey Is Not a Nut Job 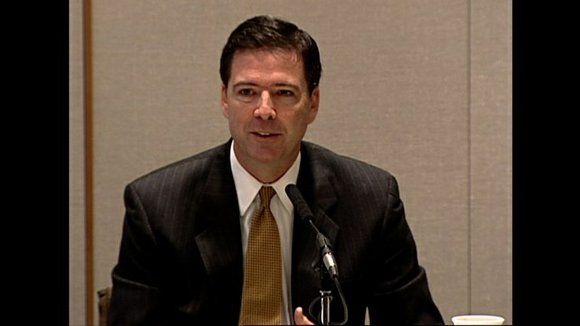 His remarks were in response to reports that the President bragged to two top Russian officials earlier this month that firing "nut job" Comey eased "great pressure" on him, according to a New York Times report.

"Yeah, I don't agree with that," Ryan told Axios' Mike Allen at the Axios News Shapers event in Washington. "And he's not."

Trump's Oval Office meeting with Russian Foreign Minister Sergey Lavrov and Russian Ambassador to the US Sergey Kislyak came one day after Comey was fired.

White House press secretary Sean Spicer did not refute the Times story but said it was Comey's "grandstanding and politicizing" of the Russia investigation that put pressure on the administration's ability to engage Moscow.

"The President has always emphasized the importance of making deals with Russia as it relates to Syria, Ukraine, defeating ISIS and other key issues for the benefit and safety of the American people," Spicer said in a statement to CNN. "By grandstanding and politicizing the investigation into Russia's actions, James Comey created unnecessary pressure on our ability to engage and negotiate with Russia."

Following the reports that Trump called Ryan a "nut job" -- as well as reports that Comey wrote a memo in which he said Trump asked him to "move on" from investigating Flynn -- Ryan told reporters last week he still had confidence in Trump.

When asked on his way out of a news conference about whether he still had confidence in the President, Ryan responded, "I do."