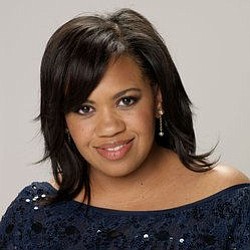 Mayor Sylvester Turner, along with grand marshal Grey’s Anatomy star Chandra Wilson, will jump-start the 2017 holiday season with the 68th annual H-E-B Thanksgiving Day Parade Thursday, November 23rd at 9 a.m. Wilson is a native Houstonian and graduate of Houston’s High School for the Performing and Visual Arts. She is a strong supporter of HSPVA, through her scholarship program, and an advocate for the City of Houston.

On the heels of Hurricane Harvey, this year’s parade celebrates what Houston embodies: Houston is Thankful; Houston is Strong; Houston is Tradition and Houston is Family. NEW FLOATS and HIGH-FLYING BALLOONS will take over downtown with special appearances from Tom Turkey, Santa Claus, the Apache Belles from Tyler, Texas, and so much more! Singers and dancers from HSPVA will open the parade with an unforgettable performance and this year Houston will continue the “Mayor’s Citywide Sing-a-Long,” where parade viewers and participants will join together to sing “Lean on Me.” Local chart topping country star RaeLynn will perform on the new Livestock Show and Rodeo float, celebrating Houston is Tradition. The parade will also feature winners of the annual local artist float competition. They have created stunning entries that showcase Houston, imagination and innovation.

“This year we are especially thrilled to bring the tradition of the annual H-E-B Thanksgiving Day Parade to Houstonians after the devastation our city has seen,” said Mayor Sylvester Turner. “And, we are particularly eager to welcome home our very own Chandra Wilson as this year’s grand marshal.. She may live in Hollywood – but we claim her wholeheartedly and look forward to giving her this honor.”

“H-E-B is proud to join Mayor Turner in uplifting the City at this grand event,” said Cyndy Garza Roberts, Public Affairs Director, H-E-B. “We truly have much to be thankful for this year despite our recent trials, and as we recover and rebuild we remain Houston Strong. It is our privilege to stand with Houston and share our bounty – from providing for our neighbors weathering the storm throughout the state to supporting this much-loved Thanksgiving Day tradition with Houston families.”

Houston’s inaugural Thanksgiving Day Parade began in 1949 when Santa arrived at Union Station and rode his sleigh to the downtown Foley’s department store. Today, the annual parade is produced by the Mayor’s Office of Special Events and will begin on Smith at Lamar, head north to Walker, east to Milam, south to Pease, west to Louisiana, north to Clay, west to Smith, and north to end at Smith and Dallas.

H-E-B Highland Village Shopping Center Houston Livestock Show and Rodeo The 68th Annual H-E-B Thanksgiving Day Parade is free and open to the public. A limited amount of seats are available at the parade’s starting line, and can be purchased through the official website for $28 each, including service fee. Curbside space along the route for lawn chairs and blankets will be plentiful.

Easy access parking is available along the route, and Metro buses will be running on a holiday schedule. For route and schedule information, please visit www.ridemetro.org.