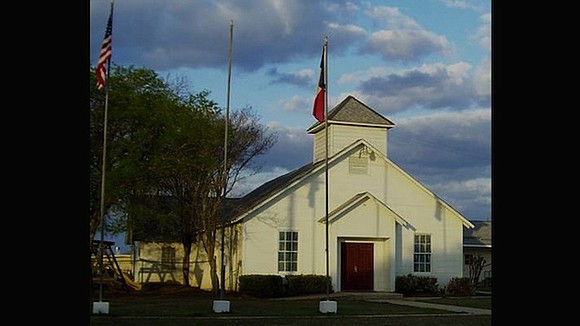 (CNN) -- Just over a month after the Las Vegas mass shooting, another community is torn apart by gun violence. Here's what you need to know to Get Up to Speed and Out the Door.

A gunman killed at least 26 people in a shooting at a church in Sutherland Springs, Texas. About 20 others were wounded. The suspect was at a gas station across the street from the church as Sunday morning services were being held when he got out of his vehicle and started firing. He then entered the church and continued shooting. A local resident armed with their own rifle fired on the gunman, who then fled the church. After a short chase, the gunman was found dead of a gunshot wound in his vehicle. It's the deadliest mass shooting in Texas history -- and the fifth deadliest in modern US history. Keep up with the latest updates on our live blog.

The mass shooting at the First Baptist Church is simply devastating for Sutherland Spring, a small Texas town of about 650 people about 30 miles southeast of San Antonio. The victims ranged in age from 5 to 72 years old. The dead included the 14-year-old daughter of the church's pastor. At least eight members of one family were killed, including a woman who was about five months pregnant and three of her children.

The gunman was ID'd as Devin Patrick Kelley. He was 26 years old and had been given a bad conduct discharge from the Air Force. He was court-martialed five years ago for assault on his spouse and assault on their child. He served a year in detention. He was dressed in all-black "tactical-type gear" and was wearing a ballistic vest when he attacked the church.

President Trump, in Japan on his Asian tour, called the shooting an "act of evil" and said "we cannot put into words the pain and grief we all feel." The President also said the shooting was a mental health issue and not a gun issue. But other politicians wanted to talk about guns as they gave their condolences, including Connecticut Sen. Chris Murphy, who in a statement asked "whether the political support of the gun industry is worth the blood that flows endlessly onto the floors of American churches, elementary schools, movie theaters and city streets."

Authorities haven't yet given information about a motive in the shooting. Kelley purchased the gun he used, a Ruger AR-556 rifle, last year from an Academy Sports + Outdoors in San Antonio. When he filled out background check paperwork to get the gun, he checked a box to indicate he didn't have any disqualifying criminal history. And there was no disqualifying information that showed up on Kelley's background check.

Here's what else is going on

President Trump, in a news conference with Japanese Prime Minister Shinzo Abe in Tokyo, said the "era of strategic patience is over" for North Korea.

At least 17 princes and top officials were detained in Saudi Arabia over the weekend as part of a new anti-corruption campaign initiated by King Salman bin Abdulaziz Al-Saud.

A trove of leaked documents purport to show financial ties between Russia and Commerce Secretary Wilbur Ross. The New York Times reported Ross has retained a multimillion-dollar stake in Navigator, a shipping company whose top customers include the Russian energy firm Sibur.

GOP Sen. Rand Paul suffered five rib fractures after he was assaulted in his home in Kentucky. A neighbor is accused in the attack.

"This is the moment I've dreamed of since I was a little girl."