Trump Asks Japan to Build Cars In the U.S. It Already Does 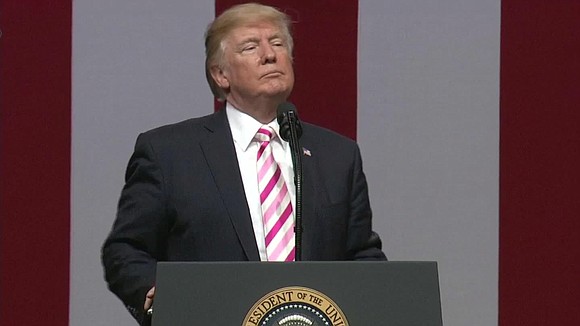 "Try building your cars in the United States instead of shipping them over. Is that possible to ask? That's not rude. Is that rude? I don't think so," Trump told executives from automakers including Toyota and Mazda during a trip to Japan on Monday.

Japanese automakers, however, already have huge factories in the U.S. that churn out millions of cars each year.

The Japan Automobile Manufacturers Association estimates that its members built nearly 4 million vehicles in the U.S. in 2016, and employed nearly 90,000 people. The group said that 75% of Japanese cars sold in the U.S. last year were built in North America, including Mexico and Canada.

"Many Japanese cars are made in the U.S. already and this request is not reflective of today's reality," said Stephen Nagy, a professor at Tokyo's International Christian University.

Japan's big three automakers all have a major presence: Nissan says that it sold 1.5 million vehicles in the U.S. last year, and made 1 million in the country -- although some of those were for export. Honda locally manufactured 70% of the 1.2 million vehicles it sold in the U.S. in 2016.

Trade with Japan is a major flash point for Trump, who is on a lengthy tour of Asia. The U.S. runs a $57 billion trade deficit with Japan, and Trump has made reducing that figure a priority.

"Our trade with Japan is not fair and it's not open," he said Monday.

Foreign firms have been eager to play up their investments in the U.S. following the election of Trump, who blames lopsided trade agreements for decimating American industry and killing blue-collar jobs.

In August, Toyota and Mazda jointly announced that they would open a $1.6 billion manufacturing plant in the U.S.

Toyota, which is spending $1.3 billion to upgrade a facility in Kentucky, has also scaled back a planned $700 million investment in a new manufacturing plant in Mexico.

The U.S. runs deficits with all five countries that Trump will visit in Asia, including a particularly big one with China.