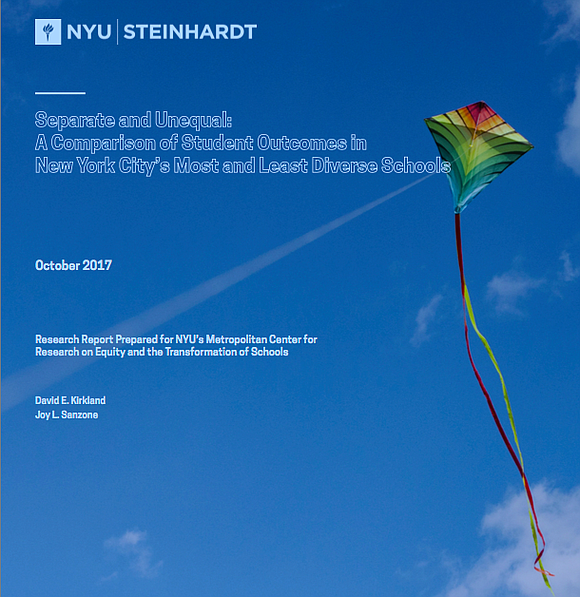 A new report by the Metropolitan Center for Research on Equity and the Transformation of Schools at New York University finds that there is an academic advantage for students who go to diverse schools. Researchers compared demographic information on the student bodies at New York City public schools with results on achievement tests and graduation rates.

The results also showed that the benefits of diversity are smaller for younger children than is the case for older students. This, the authors conclude, provides evidence of the long-term benefits of greater school diversity.

David E. Kirkland, the lead author of the report, said that “the academic achievement and high school graduation evidence that we analyzed suggests that increasing diversity can increase equity in New York City schools and significantly decrease gaps in some student outcomes such as high school graduation. Thus, plans to stimulate diversity in New York City schools can pay off for the City’s most vulnerable students.”

The full report, Separate But Unequal: A Comparison of Unequal Outcomes in New York City’s Most and Least Diverse Schools, may be downloaded by clicking here.