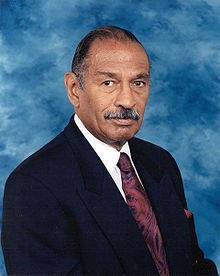 H.R. 36, the “Pain-Capable Unborn Child Protection Act,” is a dangerous and far-reaching attack on a woman’s constitutional right to choose whether or not to terminate a pregnancy - a right that the Supreme Court guaranteed more than 44 years ago in Roe v. Wade.

One of the most significant problems with this legislation is that it fails to include any exception for a woman’s health. The bill ignores the fact that many serious health conditions often materialize or worsen late in pregnancy, including damage to the heart and kidneys, hypertension, and even some forms of hormone-induced cancer.

Yet, by failing to include a health exception, H.R. 36 would force a woman to wait until her condition was nearly terminal before she could obtain an abortion to address her health condition.

In addition, H.R. 36 is unconstitutional based on longstanding Supreme Court precedent.

Roe v. Wade’s central holding is that a woman has a constitutional right to have an abortion prior to the fetus’s viability, which starts around 24 weeks after fertilization based on mainstream scientific consensus. By banning pre‑viability abortions, however, H.R. 36 overrides Roe.

And, because the bill lacks any exception to protect a woman’s health, it also undermines Roe’s requirement that any regulation of abortion - even after viability - must not pose a substantial risk to a woman’s health.

It is therefore not surprising that the Nation's leading civil rights organizations, medical professionals, and women’s groups oppose this bill. In addition, 36 religious organizations noted in a letter to Members opposing H.R. 36 that, “the decision to end a pregnancy must be left to an individual woman in consultation with her family, doctors, and any others she chooses to involve, in keeping with her personal faith beliefs.”

The bill’s so-called rape exception ignores the critical challenges rape survivors face and the grim realities of why a rape may go unreported.

It also reflects a fundamental distrust of women, namely, that they cannot be trusted to tell the truth or to make the best medical decisions for themselves and their families.

For example, an adult rape survivor under the bill must still obtain counseling or medical treatment 48 hours prior to the abortion and the fact that she received counseling or treatment for a rape must be certified and documented in her medical file.

And, this counseling cannot be obtained in the same facility where the abortion is provided.

Minors who are victims of rape or incest are entitled to an exception only if the rape has been reported to law enforcement or “a government agency legally authorized to act on reports of child abuse.” Effectively, under this bill, rape is not rape unless the minor has reported it ‑ even if that means putting her own safety at risk.

For these reasons, I must urge my colleagues to oppose this dangerous legislation and I reserve the balance of my time.