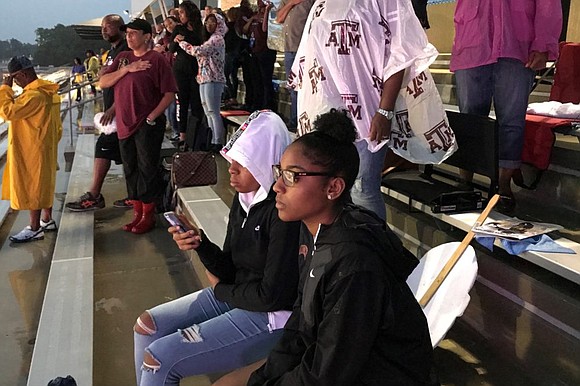 President Donald Trump’s recent tweets against NFL players who kneel during the National Anthem continues to ripple through the public conscience, and sports fields nationwide. What former San Francisco 49ers quarterback Colin Kaepernick started one year ago, has now reach football fields in Texas. The Cy-Fair youth football league says it will stop playing the National Anthem before games. As for high schools in the area, they say it’s a non-issue. Summer Creek high school, said, ”we won’t make any major response to it one way or the other” is a part of Humble ISD. The Houston ISD says it won’t require students to stand during the National Anthem. In Fort Bend ISD says, “An issue would have to arise before the district would consider addressing the matter or issuing a new policy.”