The Kobe Steel Scandal: What We Know So Far 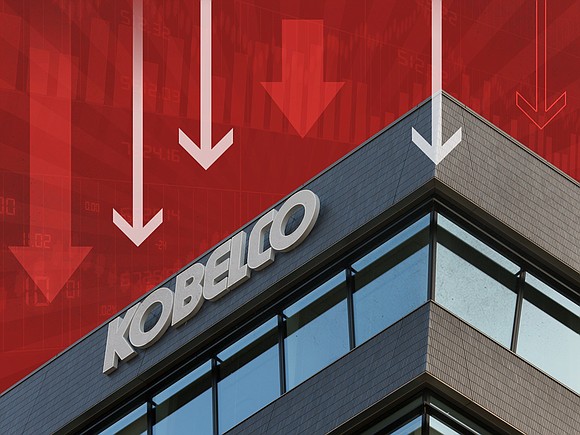 Kobe Steel, a century-old industrial giant, has admitted to falsifying data on products sold to top customers like Boeing and Toyota.

It says as many as 500 companies could be affected, including manufacturers of Japan's famous bullet trains.

Here's the lowdown on the crisis that's rippling through major industries around the globe:

Essentially, Kobe employees faked reports to make it look as though products met the specifications requested by customers when in fact they didn't.

The scandal initially concerned copper and aluminum parts, but has spread to steel products, too. It has raised doubts about thousands of tons of material shipped over a period of more than 10 years.

For the aluminum and copper parts, false data was given about their strength and durability.

Kobe steel sells metal to all kinds of different businesses. Some of the main industries to which it has supplied the suspect products include aviation, automobiles, railways and nuclear power.

In the aerospace industry, Boeing and Japan's Mitsubishi both used Kobe parts made with falsified data in their aircraft. But the two companies insisted they don't believe the parts present a safety concern.

Japanese automakers Toyota, Honda and Nissan acknowledged they had used affected Kobe materials but were still assessing the consequences for their vehicles.

Ford has said it found aluminum parts in the hood of its Mondeo model in China, but can't confirm if they were sourced during the affected period.

Other big companies -- including GM, Mazda and plane-maker Airbus -- said they haven't found any suspect parts so far but are combing their supply chains regardless.

The future of Kobe Steel is unclear, but it looks bleak right now. Its stock has nosedived 40% since the revelations first emerged.

Some analysts have warned the company could go bust, and others have suggested it could be broken up and sold off to rivals.

Kobe hasn't put a number on the likely size of the financial hit from the scandal. The firm's CEO has said it will bear the costs of any product recalls by its customers. He is also leading an internal probe into what happened.

Japan Inc has amassed a growing pile of embarrassing scandals in recent years.

-- Sherisse Pham, Yoko Wakatsuki in Tokyo, and Jon Ostrower in Seattle contributed to this article.