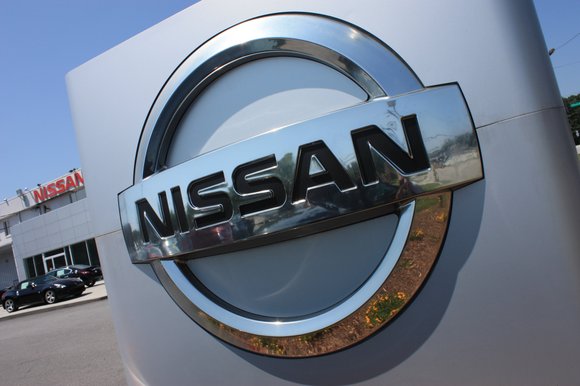 (CNN Money) -- Nissan has suspended production of cars for its home market over problems with its vehicle inspections.

The automaker said Thursday that it had halted production of vehicles for the Japanese market after discovering that inspections were not carried out properly at several factories.

"Certain checks were carried out by technicians not properly registered to perform those duties under Nissan's own processes," the company said in a statement.

The stoppage won't affect cars produced in Japan and exported, a Nissan spokesman said. The company's plants in Japan produce roughly 1,000 cars a day for the domestic market and over 1,500 for export.

Nissan said it was first alerted to the problem by the Japanese government on September 18. The company "took corrective measures," but a follow-up external investigation found that safety checks in at least three plants were still being performed by unqualified technicians this week.

"We have full confidence in the safety and quality of these vehicles, and have no reason to believe that they, as products, are in any way deficient," the spokesman said.

Nissan plans to re-inspect around 34,000 vehicles made between September 20 and October 18, of which 4,000 have already been sold to customers and could potentially be recalled.

The company is hoping to resume normal operations within two weeks, the spokesman said, subject to approval from Japan's transport ministry.

"Nissan regrets any inconvenience and concern this has caused to its valued customers and other stakeholders in Japan," it said.

The automaker said in early October that it would recall close to 1.2 million cars sold in Japan over the past three years because of the faulty inspections.

Updated: This story has been updated with a statement from Nissan that it's confident the affected vehicles are safe.