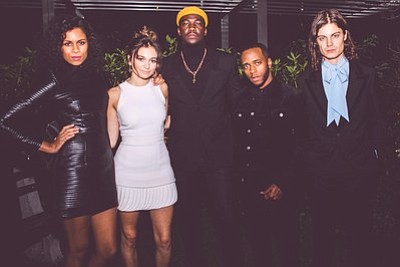 SANTA MONICA, Calif., Sept. 11, 2017 /PRNewswire/ -- On Saturday night, The Business of Fashion and Interscope Records came together to deliver a New York Fashion Week party for the ages in celebration of the fifth annual #BoF500.

From Interscope, BØRNS, 6LACK, and Daya performed at the after-party whilst AlunaGeorge and Oliver provided DJ sets that kept the party going until the early hours. Jacob Banks floored the room with an intimate performance at dinner. All music and performances were curated by Interscope Records.