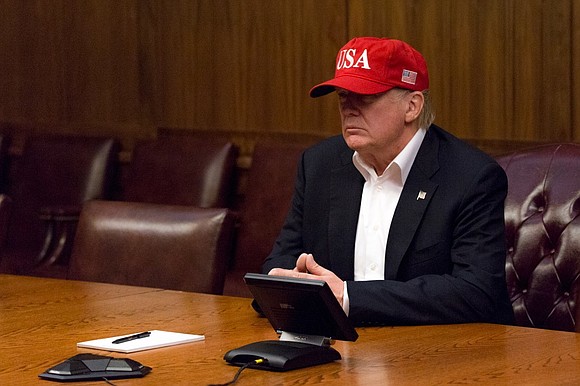 (CNN) -- President Donald Trump vowed Wednesday morning that Republican efforts to repeal and replace the Affordable Care Act are not finished, even after the demise of the Graham-Cassidy health care bill.

"With one Yes vote in hospital & very positive signs from Alaska and two others (McCain is out), we have the HCare Vote, but not for Friday!" the President tweeted, before adding: "We will have the votes for Healthcare but not for the reconciliation deadline of Friday, after which we need 60. Get rid of Filibuster Rule!"

Trump did not explain who the "Yes" vote belongs to, though Sen. Thad Cochran, R-Mississippi, missed a Monday Senate vote.

Tuesday marked a clear end to the latest campaign to try to jam through a partisan bill to gut the Affordable Care Act, also known as Obamacare. The budget vehicle allowing for Republicans to pass their repeal effort with a simple majority vote, as opposed to the 60 votes it usually takes to move legislation forward in the chamber, expires on September 30.

Trump has called for the elimination of the filibuster before, but despite his continued calls to eliminate the filibuster, Senate Majority Leader Mitch McConnell has summarily rejected the idea. The chamber is also relatively unified, in a bipartisan manner, against the idea, with 28 Republicans signing onto a letter with Democrats saying they wouldn't support the rule change earlier this year.

The President's tweets echo the message from Sen. Lindsey Graham, one of the bill's co-authors, that essentially, the policy is on the right track, but Republicans just needed more time.

Graham, as he appeared with GOP leaders to announce they would not hold a vote this week on the repeal bill, said a lengthier and more fulsome process would open the door to lawmakers like Sens. John McCain of Arizona and Lisa Murkowski of Alaska to eventually support the bill. McConnell, according to one senior GOP aide, gave Graham his commitment that there would be another chance to push for the bill after the chamber completes its work on tax reform, the next major agenda item for Republicans.

For GOP senators, the idea that the effort to strip away former President Barack Obama's cornerstone achievement would just disappear is an anathema, but their options to act without Democratic support are limited. The budget reconciliation rules, which allow for Republicans to pass their repeal effort with a majority vote, as opposed to the 60 votes it usually takes to move legislation forward in the chamber, expires on September 30.

The next vehicle to lock in a majority-only option is the fiscal 2018 budget package, which House and Senate negotiators have been working on for weeks. But that package is designed to clear the path for tax reform, not another repeal and replace effort. While some lawmakers, including Graham, posited that health care instructions could be tacked onto that package, House and Senate leadership is ice cold to that idea, noting that tax reform will be a heavy enough lift in isolation and that adding health care to it would only push it closer to failure.

Republican leadership aides have ruled it out as an option, but are not foreclosing the possibility of trying to do health care again in a budget reconciliation package early next year. That would give Graham and Sen. Bill Cassidy, his co-sponsor, time to rally support for their bill, refine the policy and put it through a more regular Senate process.

But it's a process -- and stated optimism -- that ignores two important realities. First, GOP aides have made clear there were several more Republican senators who were opposed to Graham-Cassidy than publicly known. Second, Republicans have been unable to muster 50 votes for any repeal effort, regardless of policy, and finding that breakthrough during an election year raises a whole new set of political issues for the conference.