Coahuila, Mexico: The best wine country you don't know about 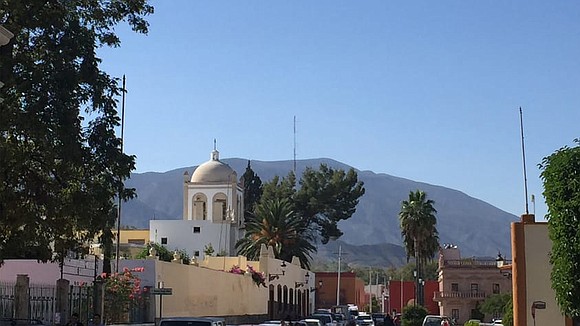 (CNN) -- Mexico (particularly the Baja region and Guanajuato state) has placed itself well and truly on the map when it comes to wine production.

But what many oenophiles don't know is that there is another area of Mexico that has been producing wine for over 400 years: Coahuila, in northern Mexico, is home to the oldest vineyard in the Americas, which opened in 1597.

Not only is this region off the radar for wine lovers visiting the country, even plenty of Mexicans aren't even aware of it.

However, the Parras Valley in Coahuila is not only home to the oldest vineyard it is also providing fertile soil for some of the newest and most innovative winemakers in the region. Here's why a trip to Parras (which, in fact, means grapevines) should be on every wine geek's bucket list.

The oldest vineyard in the Americas

A tour of Casa Madero is a journey through Mexico's winemaking past, taking in a vineyard that has been making wine consistently and successfully for 420 years and currently exports wine to 27 countries.

This hacienda, which was established by some of the first Spanish settlers to the area, was given a royal grant to produce wine back in the 16th century. The wild local grapes, however, were acidic, so the Spanish brought over a different grape from native country.

So important is wine production to this part of Mexico that every year in August, there is a festival to celebrate the grape harvest.

In a celebration that is almost as old as the wine production itself, hundreds of locals in traditional dress (and headscarves for the women) descend from the mountains and dance around a bonfire. They then stomp on the grapes to give thanks for the harvest.

From the oldest to the youngest

Opened in 1998, Bodega Rivero González is a modern vineyard that produces both wine and pecans (another specialty of the area). While relatively small, they produce 10 wines -- notably a crowd-pleasing white called Blanco -- using only locally sourced grapes, making it a great place to sample a truly Coahuilan product.

After a tour of the property, you can enjoy a wine tasting paired with cheeses and jellied fruit (known in Mexico as "ates"). If you don't have time to head out to their vineyard you can also stock up on a bottle or two or their wine and some of their candied pecans at the Rivero González shop in Parras town.

Head about an hour outside of the town of Parras and up to an altitude of 7,200 feet and you will find the Don Leo vineyard, one of the highest in the world. A stunningly beautiful vineyard, Don Leo is surrounded by the Coahuila desert with spectacular views over almost 125 acres of land.

The grapes cultivated by Don Leo's Vineyard are all imported from France and they are the first vineyard in Mexico to produce a certified kosher wine, plus the chardonnay and shiraz have picked up awards.

Enjoy a tasting in the atmospheric wine cellar and if you are lucky you may get to meet Francisco Rodriguez, one of Mexico's leading winemakers (who, concidentally) works with Don Leo.

The town of Parras de la Fuente, which was given the Pueblo Mágico or "Magic Town" title in 2004, is a great place to base yourself while exploring the Parras Valley. The Pueblo Mágico program recognizes towns of impressive beauty that also offer something important to Mexico's cultural heritage. Parras' offering, of course, is wine in abundance.

Home to beautiful backdrops, the Church of the Holy Wood perched high on a hilltop with impressive views across the valley, and a nice selection of shops, restaurants and bars to enjoy, it makes for the perfect place to relax for a few days.

If you are not into wine, then you can enjoy the locally produced nut liqueur and meat lovers can make the most of the northern Mexican diet, which focuses heavily on beef and goat.

Where to sleep it off

Built in 1830, and once the bank of the family of former Mexican president Francisco Madero (a Parras native), La Casona del Banco has been lovingly restored and turned into Parras' only boutique hotel.

Some of the bank's original features remain, like the safe and the track that would have transported grain (a once-viable currency) to the back storage rooms.

How to get there

Multiple direct flights arrive daily into Monterrey from the U.S. While Monterrey is in the neighboring state of Nuevo Leon, Parras is an easy two-and-a-half-hour drive through the beautiful desert landscape.

The vineyards are at their most beautiful during the harvest times of July through August. The harvest festival, which is a colorful sight to behold, is held on August 9 and 10 every year.