Cristiano Ronaldo: 'Playstation goal' is talk of the world 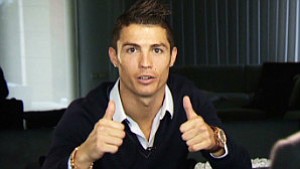 (CNN) -- He'd already scored a record 118 Champions League goals but this one was different.

It was, Ronaldo himself said, "probably the best" of his entire career.

"It was spectacular," reflected the Portuguese forward after Real had all but ended Juventus's Champions League dream with a 3-0 first leg victory. "I jumped very high and it's a goal that will live long in the memory.

"I've been looking to do it for a while, but it depends on the circumstances of the game. I tried it today and it came off."

Ronaldo had given Real the lead after just three minutes earlier in their quarterfinal clash, prompting aggressive jeers of derision from the Juventus faithful. But suddenly the 41,507 inside the Allianz Stadium were rising to their feet as one.

"It was one of the most poignant moments of the night," said Ronaldo. "To receive applause from a stadium like this, which has been graced by great players, is a unique experience.

"When I was a kid, I liked Juventus and the fact that their fans have clapped me will stay with me."

Talk of Ronaldo so often centers on the numbers that define his career.

He has scored 39 goals in 36 games for Real Madrid this season -- more than anyone else in Europe's top five leagues -- with 19 of those coming in his past nine outings.

But this was a moment that crossed into art and left people asking whether Ronaldo had just scored the world's greatest ever goal.

Stricken Juventus defender Andrea Barzagli could only gasp at the craftsmanship of the strike, telling reporters his opponent had "made it up."

"It's a PlayStation goal," said the Italian defender. "When you come up against one of the best in the world like Ronaldo, you need to be perfect. If you give him any space, he'll punish you.

"He scored a goal that will go down in history - and unfortunately it was against us."

Peter Crouch, similarly known for his acrobatics, joked "there's only a few of us who can do that," while NBA star Lebron James commented "That's not even fair."

Others deemed the act from another planet entirely.

Legendary goalkeeper Gianluigi Buffon, whom Ronaldo has beaten with nine of past 11 shots on target, called his conqueror an "extraordinary champion ... to be compared to Maradona and Pele."

Where does Ronaldo's overhead kick against Juventus rank among the all-time greats? Have your say on CNN Sport's Facebook page

Zidane himself, scorer of another from the pantheon of great goals 16 years ago in the Champions League final for Real against Bayer Leverkusen, said "he's a different player to everyone else."

But, asked whose famous goal tops the lot, the Real Madrid boss was less effusive.

"Oh mine!" laughed Zidane. "Definitely mine."