What Mark Zuckerberg has to fear in testifying before Congress 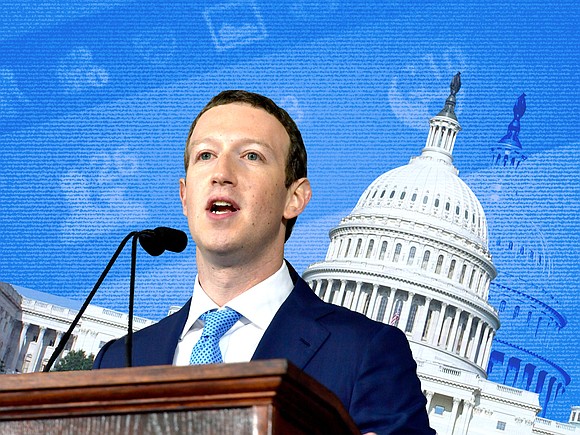 Facebook CEO Mark Zuckerberg is about to join a short list of chief executives from Silicon Valley who have stepped into the Capitol Hill hot seat -- with mixed success.

(CNN Money) -- Facebook CEO Mark Zuckerberg is about to join a short list of chief executives from Silicon Valley who have stepped into the Capitol Hill hot seat -- with mixed success.

Zuckerberg is scheduled to testify before Congress on Tuesday and Wednesday to address data privacy issues in the wake of the Cambridge Analytica scandal.

As Zuckerberg and Facebook prepare for the hearings, there are two clear case studies for how Congress treats tech CEOs. In one, the CEO is eaten alive; in the other, he leaves the lion's den unscathed.

Tim Cook, Apple's CEO (and lately Zuckerberg's foe), charmed Senators in 2013 when he was called in to get grilled about the company's use of tax havens. By the end of the hearing, John McCain was praising Apple for its "incredible legacy" and Cook for being "a pretty tough guy."

Jerry Yang wasn't so lucky. In 2007, the then-CEO of Yahoo was hammered repeatedly by members of Congress for the company's role in providing information to the Chinese government that led to the jailing of a journalist.

When Yang admitted that Yahoo "could do better" to provide assistance to the journalist's family, then-chairman of the House Foreign Affairs Committee Tom Lantos responded: "You couldn't do less." At another point, Lantos slammed the company with a remark that could resonate at the Facebook hearing: "Much of this testimony reveals that while technologically and financially you are giants, morally you are pygmies."

The fear of being publicly excoriated appears to be widespread in the tech industry. The CEOs of Google, Twitter and Facebook resisted calls from legislators to testify over foreign nationals using social media to meddle in the 2016 election. Marissa Mayer, the former CEO of Yahoo, reportedly had to be subpoenaed by a Senate committee last year to testify over massive data breaches.

The CEOs of Google and Twitter have yet to agree to testify alongside Zuckerberg, despite an invitation from the chairman of the Senate Judiciary Committee.

"Just because you're a successful founder or CEO, or both, doesn't mean you're not human," says Bradley Tusk, a regulatory adviser for tech companies. "Being called to testify before Congress is scary. It's like being called into the principal's office, but with the whole world watching."

The trick, Tusk says, is to be as genuine as possible. "Don't make excuses, don't be evasive, don't lecture. Just explain what happened to the best of your ability," he said. "Congress likes authenticity as much as the voters do."

It's a new challenge for Zuckerberg. Like other tech CEOs, he typically prefers to speak through posts on the platform he built, as well as at launch events and employee town hall meetings. It's rare for him to be interviewed in a setting not of his own choosing.

After the data debacle last month, Zuckerberg agreed to speak with media outlets like CNN, Vox and The New York Times. He also did a press conference with reporters by phone on Wednesday. But Zuckerberg only appeared on camera once, for the interview with CNN.