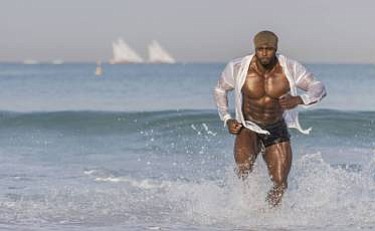 To be African American, male, and mentally ill is to face a particular cultural medical challenge.

Emotional vulnerability is a prerequisite for good mental health – and admitting feelings of fear, pain, sadness, or panic is a condition for the diagnosis of a mental disorder. Yet many African American men are brought up in a culture that equates psychiatric conditions with personal weakness.

The result is generations of African American men whose mental health problems go unrecognized or untreated. The stigma and unhealthy gender socialization present one of the biggest hurdles to getting African Americans in front of a therapist, says Dr. Norissa Williams, who works at NYU Steinhardt’s Department of Applied Psychology as a clinical assistant professor for Counseling@NYU, which offers an online master’s in mental health counseling program.

African American men’s stoicism, Williams says, goes beyond the stereotypical male aversion to sharing feelings. It’s a legacy of centuries of trauma and marginalization in a white person’s world. As one African American writer put it, that toxic has “created pernicious and self-destructive cultural norm.”

African Americans’ historical mistrust of the medical establishment compounds the stigma that envelopes mental illness within the black community. Research has found some black Americans view depression, anxiety, and other psychiatric conditions as a white person’s disease. Many consider the topic not appropriate even within their own families.

The hyper-masculine ideals that permeate many corners of black society are reflected in its deeply conservative attitudes. Nearly three out of four African Americans view homosexuality as “always wrong,” the highest rate of any racial group and largely unchanged in four decades. African Americans are also least supportive of same-sex marriages, with just under half favoring it.

As a population, African American males are some of the people most in need of mental health care. National surveys have found they’re significantly more likely than white men to report feeling sad, hopeless, or worthless. African American male high school students attempt suicide at nearly twice the rate as their white male peers, according to a survey by the Centers for Disease Control and Prevention.

Some clinicians have begun to call for concerted efforts to change attitudes – both on the part of patients as well among mental health therapists. For the latter, it may require listening for symptoms with culturally keener ears. For example, Williams says African American men who are depressed may express it as more socially acceptable anger instead of sadness. Boosting the abysmal lack of African American mental health therapists would help, too.

But much of the healing will have to come from within the black communities themselves. Celebrities like Jay-Z have begun chipping away at the stigma, opening the way to nurture current and future generations of African American men.

In a recent interview, Jay-Z called for more mental health therapy for children so they can benefit the way he has. He derided the tendency by African Americans to minimize or dismiss psychological distress. His interviewer, CNN’s Van Jones, added that “as scared as black folks are of the cops, we’re even more scared of therapists.”