After #Beychella, Beyoncé is donating $100,000 to historically black colleges 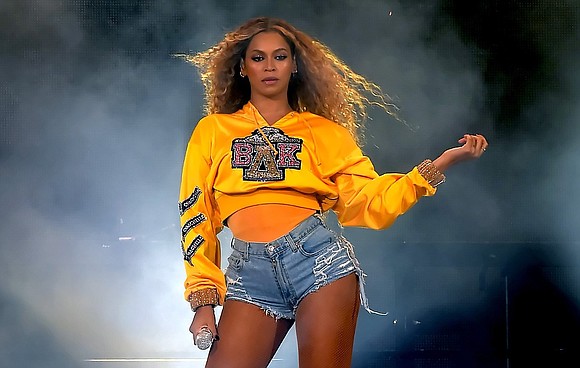 The singer incorporated references to black culture throughout her history-making performance on Saturday. She kicked off the performance supported by a New Orleans-style brass marching band that gave everyone "HBCU vibes," Rep. Sheila Jackson Lee of Texas said.

Through her BeyGOOD initiative, the singer is launching the "Homecoming Scholars Award Program" for the 2018-2019 academic year, she announced this week.

The program provided four HBCUs -- Xavier, Wilberforce, Tuskegee and Bethune-Cookman Universities -- each a $25,000 scholarship, to award to a student of their choice.

All of the awarded colleges took to social media to express their gratitude and excitement.

"Thank you to Beyonce through her #BeyGOOD initiative, announced newly established Homecoming Scholars Award Program for the 2018-2019 academic year. #XavierUniversityLA is one of the four #HBCU to be selected!" Xavier University tweeted.

"We honor all institutions of higher learning for maintaining culture and creating environments for optimal learning which expands dreams and the seas of possibilities for students," Ivy McGregor, who administers the singer's BeyGood foundation, said in the statement.

A similar scholarship program for young women was established in April of 2017 in celebration of the one-year anniversary of her album "LEMONADE."

This year, all students who maintain a 3.5 GPA or higher are eligible for that program, regardless of gender. All finalists and winners will be selected by the universities and the four winners will be announced this summer.