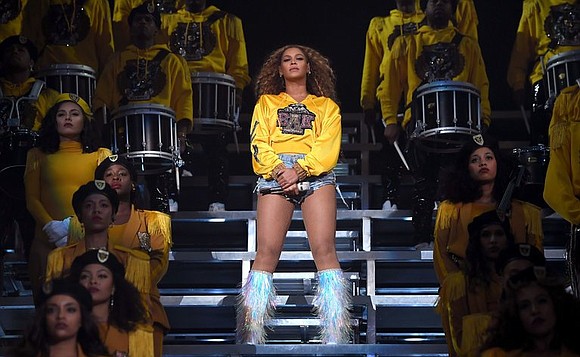 Beyoncé‘s headlining performance at Coachella, one year after it was originally scheduled. Force and determination were evident throughout the two-hour concert. (Credit: Larry Busacca/Getty Images)

HOUSTON (April 23, 2018) – Beyoncé, through her BeyGOOD initiative, has announced a partnership with Google.org, the charitable arm of tech giant Google, to award four new scholarships to Historic Black Colleges and Universities (HBCUs) as part of her Homecoming Scholars Award Program. The iconic performer also issued a challenge to other businesses to join Google.org in investing in excellence through education. Beyoncé made history April 14 at the 2018 Coachella Valley Music and Arts Festival by becoming the first African-American woman to headline in the festival’s 19-year run.

“Texas Southern University is proud to receive support from Beyoncé Knowles-Carter and Google to bolster HBCU students through this initiative,” said TSU President Austin A. Lane. “This scholarship will serve as a major academic change agent for young scholars that will impact them and their families for generations to come.”

Google.org matched the $100,000 grant that Beyoncé announced last week enabling four additional HBCUs to receive $25,000 scholarships for the 2018-2019 academic year. Texas Southern University, located in Beyoncé’s hometown of Houston, was added to the Scholars Award Program along with Fisk University in Nashville – the alma mater of her father, Mathew Knowles – Grambling State University in Grambling, Louisiana and Morehouse College in Atlanta. HBCUs, many founded in the 1920s and 1930s, were established to provide higher education to the African-American community during segregation in the United States.

The Homecoming Scholars Award Program for 2018-2019 will be offered to qualifying students at the universities, regardless of gender. The disciplines will include literature, creative arts, African-American studies, science, education, business, communications, social sciences, computer science and engineering. All applicants must maintain a 3.5 GPA or above, and all finalists and award winners will be selected by the universities. Winners will be announced this summer.